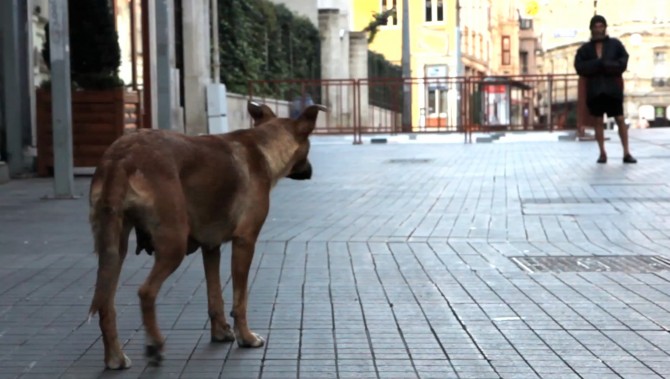 Taskafa is an artist’s essay film, voiced by John Berger, about memory and the most necessary forms of belonging, both to a place and to history, through a search for the role played in the city by Istanbul’s street dogs and their relationship to its human populations. Through this exploration, the film opens a window on the contested relationship between power and the public, community and categorisation (in location and identity), and the ongoing struggle / resistance against a single way of seeing and being. Despite several major attempts by Istanbul’s rulers, politicians and planners over the last 400 years to erase them, the city’s street dogs have persisted thanks to an enduring alliance with widespread civilian communities, which recognise and defend their right to co-exist.

Andrea Luka Zimmerman is a filmmaker, artist and educator. Andrea grew up in the largest council estate in Munich and left school at 16 to become a hairdresser. After coming to London in 1991, she went to Central St. Martins College of Art. She won the 2014 Artangel Open award for her collaborative project Cycle (2017) with Adrian Jackson (of Cardboard Citizens).

This screening took place on 10 June 2016. Tickets are no longer available.