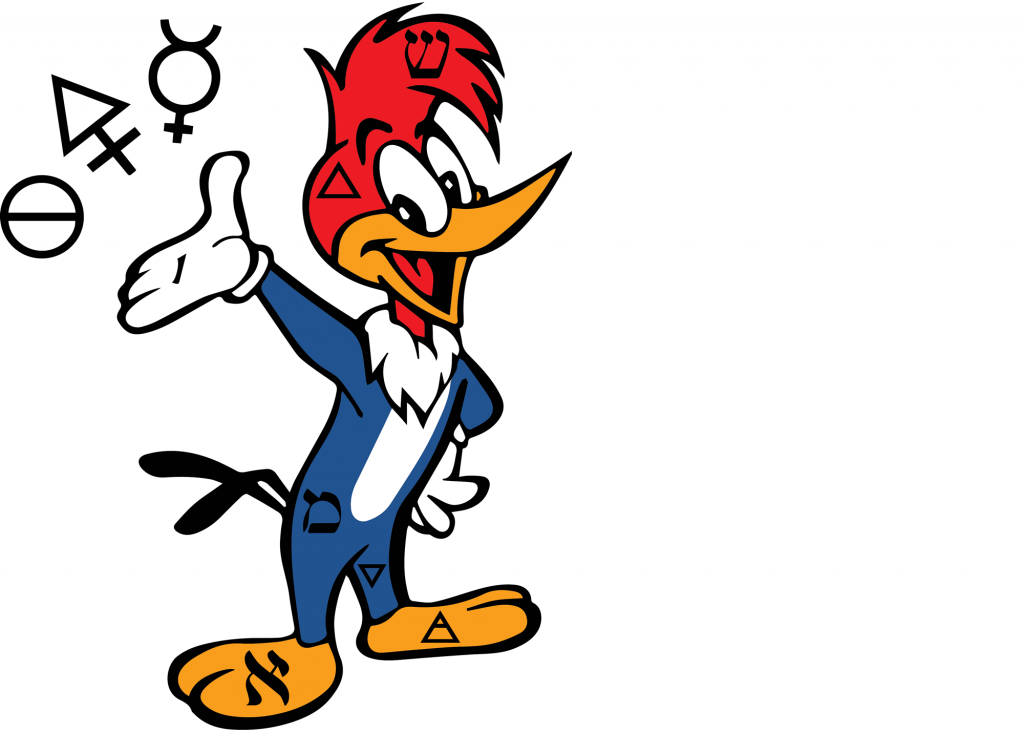 Taking his cue from the title of John Walter’s project ‘Turn My Oyster Up’, i.e. ‘make me smile’, Max Leonard Hitchings will present a sacred fool in the form of Woody Woodpecker, whose colours are yellow, red and blue, adorned with the Hebrew letters ?(Aleph), the Fool in the tarot, ?(Shin), the Aeon/Judgement in the tarot and ?(Mem), the Hanged Man in the tarot.
Hitchings casts Woody’s penchant for destroying trees as ‘crazy wisdom’, attempting to ally it to an anti-arborescent tendency, in line with Deleuze and Guattari’s rhizome theory.