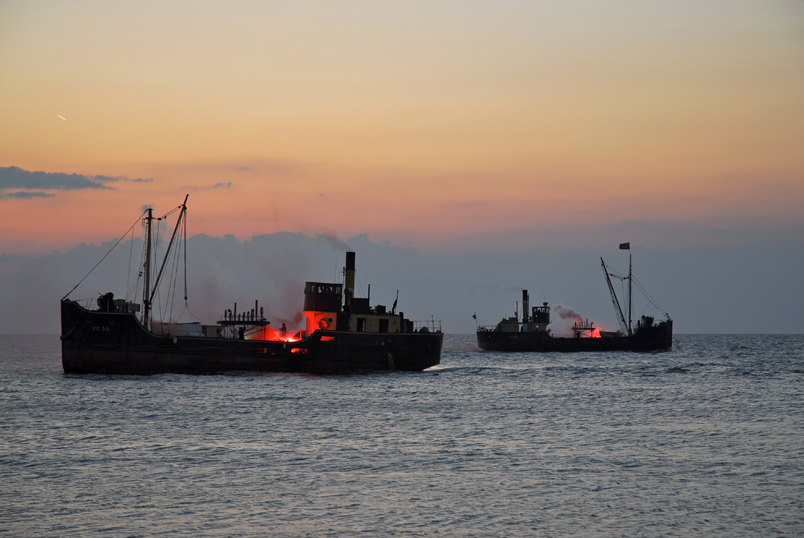 Richard Wilson is a sculptor and sound maker. He was short listed for the Turner Prize in both 1988 and 1989. His famous work “20:50” (a room half filled with highly reflective sump oil) has become one of the signature pieces of the Saatchi Gallery. He has continued to work on a large scale including an installation near London’s Millennium Dome called “Slice of Reality” (2000), consisting of a 70 ft high sliced section of a ship mounted on the river bed. Recently, for the Delaware pavilion and the cultural Olympiad he created “Hang On A Minute Lads, I’ve Got A Great Idea “– a replica Harrington bus dangling half way off the pavilion roof. This Spring he installed a new sculpture at Heathrow Airport – the largest piece of public sculpture in Europe. Wilson has, since 1983, as a member of the legendary Bow Gamelan Ensemble, been associated in co-creating a number of one off large-scale experimental music performances.Zatorski + Zatorski are collaborative artists working in the areas of video, installation, sculpture and photography. They have exhibited widely, including at Tate Britain, The Whitechapel and the National Gallery of Scotland. After a 2-year expedition in Europe they returned to London in 2011 with the historic 116 year old Dutch Klipper De Walvisch (The whale), which they had resurrected and restored in the North of Holland. De Walvisch/ The Cultureship is a fully functioning sailing ship that also acts as a performance space, cultural vessel and functional artwork. De Walvisch is based on the Thames at a mooring to preserve historic ships.