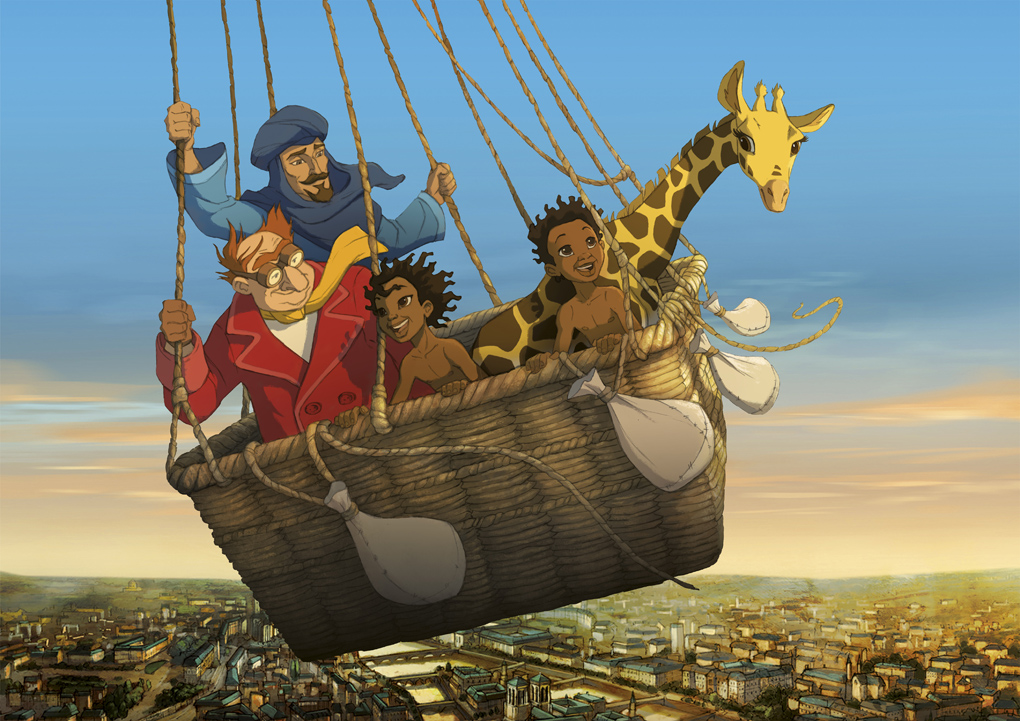 Under a baobab tree, an old man tells a story to the children around him: The story of the undying friendship between Maki, a child aged 10, and Zarafa, an orphaned giraffe, who was sent as a gift from the Pasha of Egypt to the King of France, Charles X. Hassan, Prince of the Desert, is instructed by the Pasha to deliver Zarafa to France. But Maki has made up his mind to do everything in his power to stop Hassan fulfilling his mission and to bring the giraffe back to its native land – even if it means risking his life. During a long journey that takes them from Sudan to Paris, passing on the way through Alexandria, Marseille and the snow-capped Alps, they have many adventures, crossing paths with the aviator Malaterre, and a pair of unusual cows called Mounh and Sounh, and the pirate Bouboulina. (Children’s Cinema Club)