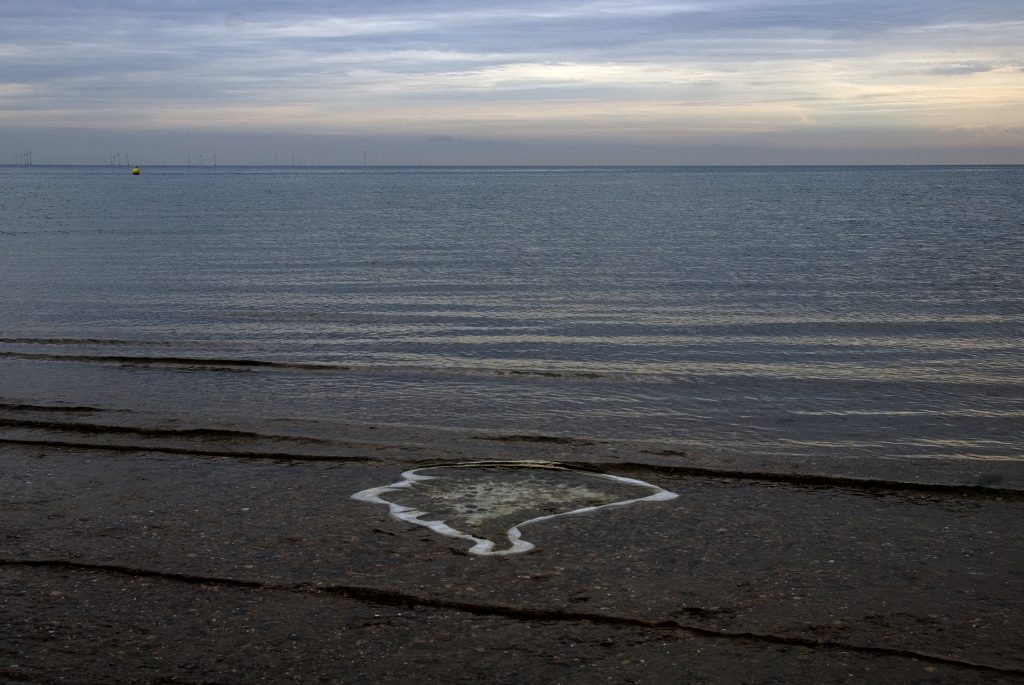 Nick Crowe’s incoming tide performance was enacted by large, shallow lime concrete sculptures, which were gradually submerged on a long tidal spit known as The Street. The sculptures modelled Tuvalu, a group of low lying reef atolls and coral islands in the South Pacific.

As global sea levels rise, Tuvalu is the first landmass that is destined to be entirely lost to the sea. Whitstable itself is a low-lying town with a history of flooding, and although sea levels are rising locally at a less extreme rate than in the South Pacific, the town is also likely to feel the effects.

There were twice-daily performances where visitors were invited to use the beach as a viewing area to witness the drowning of Tuvalu in an accelerated form. The sculptures were revealed each day as the tide went out, and are then submerged, or ‘drowned’, as the tide came in. The time in which the work could be seen changed each day with the tides. The Drowning of Tuvalu poignantly reflected upon loss, as well as raising issues of global importance.