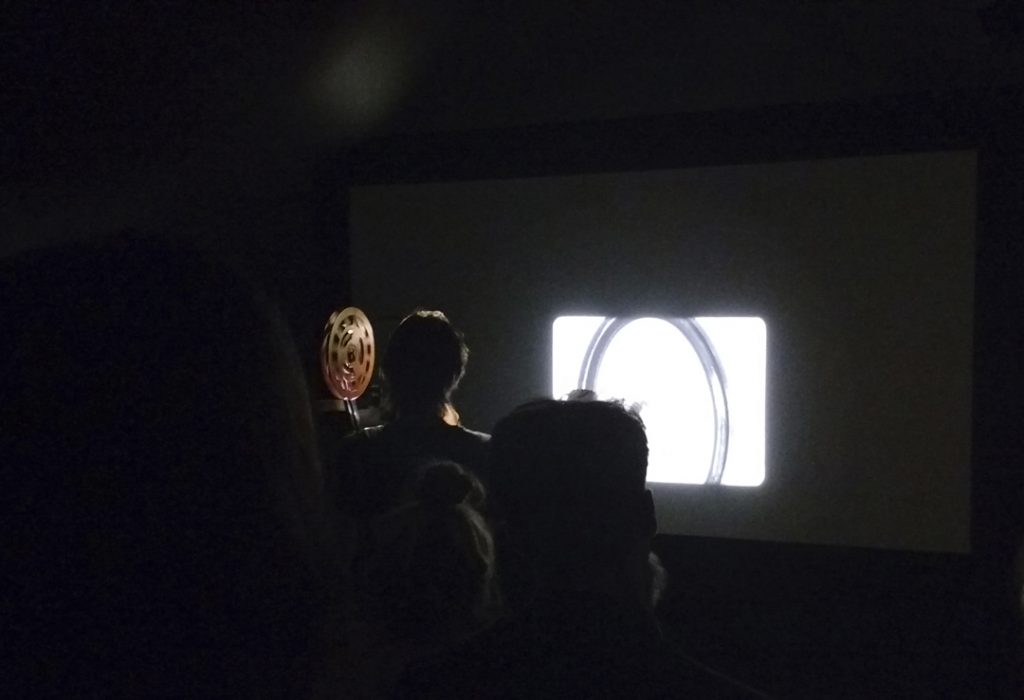 A selection of works to accompany the exhibition Stories in the Dark, curated by Ben Judd, at the Beaney House of Art and Knowledge in Canterbury (until 19 June). The exhibition invited artists to respond to the magic lantern, the projection device invented in the 17th century which is often seen as a precursor to the cinema. Unlike the pre-recorded nature of cinema, with the magic lantern the creative act takes place live with the audience, encouraging a sense of participation. This one-off screening extends these concerns by staging historical and contemporary artworks involving projection, all of which engage the artist and/or audience in a performative act.

For Amy Dickson’s North, South, East, West (2015-16), the artist projects footage onto four boards held at the compass points; the projector attempts to mirror the camera’s movements. Tony Hill performs Point Source (1973-2016); a small bright light is the projector, several objects are the film and the whole room is the screen. Sally Golding’s Data Slide (2016) is a live set relating to the magic lantern in which she considers the act of performance – conjuring and tricks of perception. Guy Sherwin presents Hand/Shutter (2016), combining analogue and digital technologies in live performance, thereby reflecting on two ages of technology and two ages of the artist/performer. In Lindsay Seers’ short film The Projectionist (2010), the artist becomes a camera by taking photographs with her mouth, before becoming a living film projector.

Supported by the Beaney House of Art and Knowledge, and Nottingham Trent University.