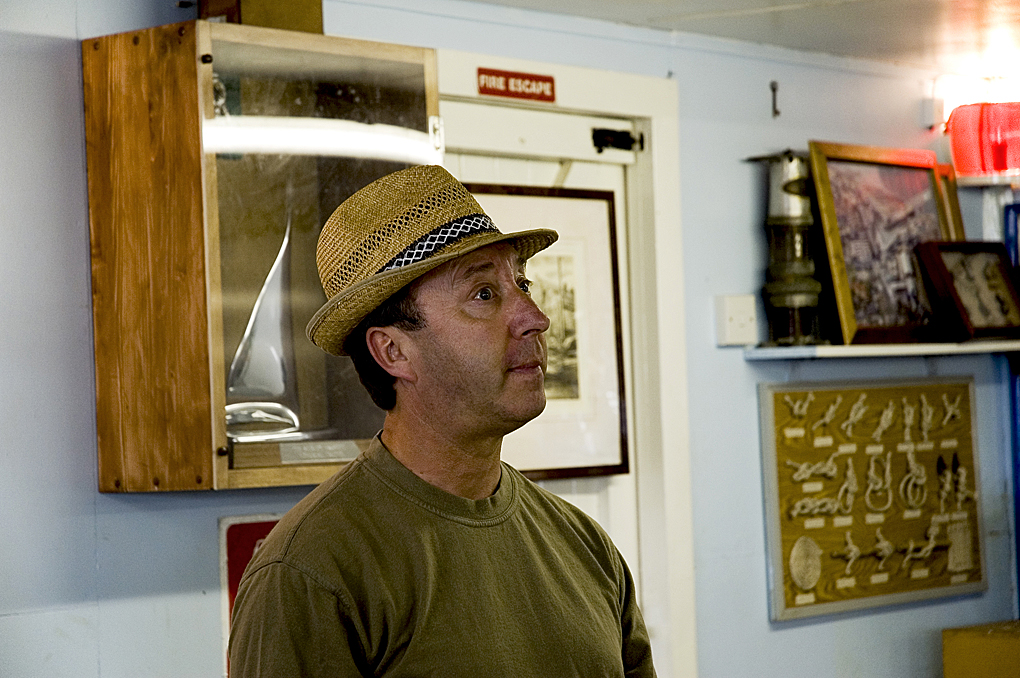 Not Tony was originally commissioned by Home as part of the Performing kitchen in July 2004. The performance is similar to a quick-change hat comedy routine, where single items (a hat, a beard, a wig or glasses) represent different members of a family. Stevens develops an elaborate game which soon leads to ambiguities and misunderstandings.