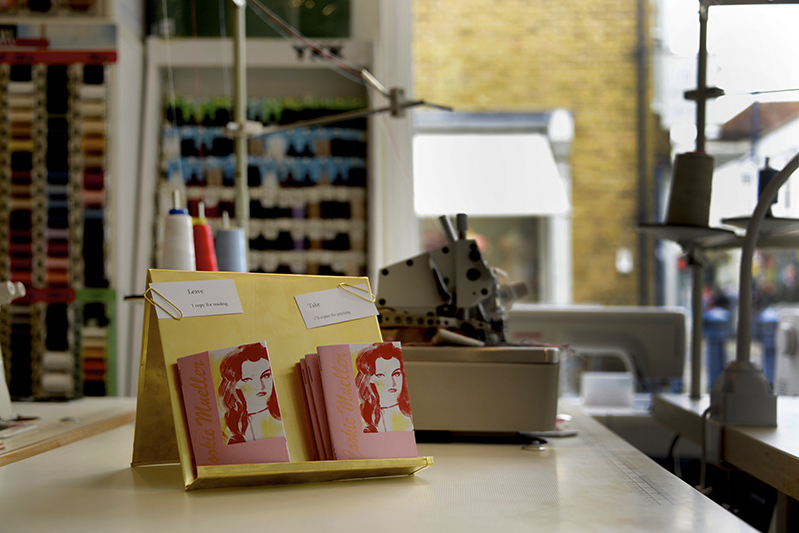 Inspired by the tiny Hanuman Books, edited by Raymond Foye and Francesco Clemente between 1978-1996, these epistolary fan letters have been designed, by Katie Johnston, into a set of illustrated miniature chapbooks – small enough to slip in your pocket. Installed within a cluster of shops on Whitstable’s high street, the books are to be read, devoured and shoplifted, before the postscript of each book asks the reader to promenade to the next shop and booklet in this loving chain of fantasy correspondence. The love objects addressed are predominantly from the 1980s and 90s, such as the writers Cookie Mueller, Kathy Acker and Dodie Bellamy; but the Victorian kleptomaniac is not forgotten in this story: she was the first fan, the original plagiarist.

Alice Butler will give readings from the Fan Letters of Love chapbooks at 17:00 on Sunday 5 June in the Festival Cafe at the Horsebridge.