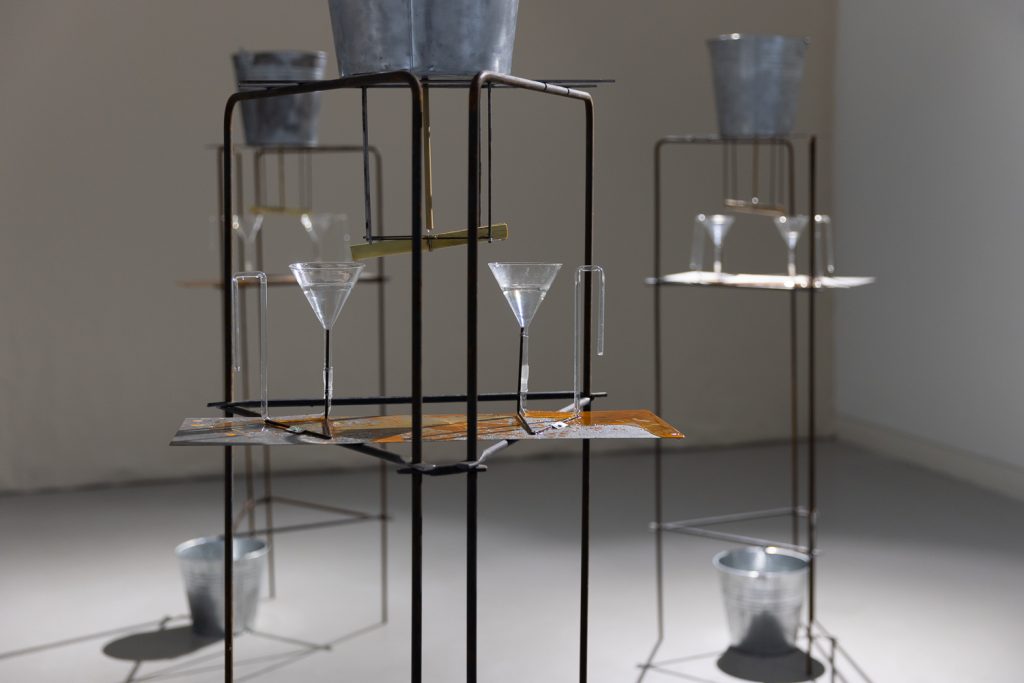 Savinder Bual’s two works, Fade and High and Low, both contemplate the connection between the natural forces of time and tide. Installed together for the first time, these water-powered works are the result of ideas formed through a residency with Cement Fields, which took place on the Isle of Sheppey in 2020.

The first self-recording tidal gauge was erected in Sheppey in 1830, and communicated the movement of a float in the sea through pulleys, cogs and a pencil to draw and measure the tide onto a revolving cylinder of paper, as if the sea was drawing itself. Taking this mechanism as its starting point, Fade projects a seascape which gradually floods as drops of water control a shutter that rises and falls like the tide.

In High and Low, a new work, water conducts three kinetic sculptures made of steel, bamboo, and glass that will evolve throughout the festival as the water slowly weathers and corrodes the structures. By embracing the performative flow and fundamentally uncontrollable nature of water, these instruments respond to and subvert a history of human-made devices built to control and harness time, tides, and the elements.

High and Low is approx. 20 minutes long and it will be activated on the hour every hour, or by request. Fade will be shown continually during the opening times.

Fade has been supported by the Arts Council England and a Jerwood Bursary.