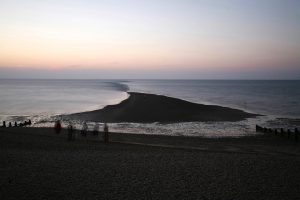 A screening of Sarah Turner’s emotionally compelling film, followed by a Q&A with the director.

Jean Genet described the family as the most destructive cell. Sarah Turner’s look at the unsettling side of families takes the themes of destruction and renewal as metaphors in her visually compelling new feature Ecology. Located somewhere between meditation and dream, Ecology is a film in three parts that fuses an exploration of narrative with Turner’s dedication to formal experimentation. Three characters – mother, daughter and son – tell three different stories about the same violent incident recalled as inner monologues, while on holiday at an eco-retreat in Majorca. Shot on location in Spain and England using multiple camera formats, Ecology is a film of emotional complexity and haunting beauty.

Ecology takes the three themes of the environment, familial psychic structures and technology as critical sites of crisis and change and insists that we consider them together. It is a feature film in three parts, three characters and three stories to be screened in any order: the stories of a mother, a daughter and a son, on holiday in Majorca. Composed as internal monologues narrated as voice-over, each sequence entraps us within the psyche of a character, reinventing a modernist literary sensibility within a cinematic language that exploits an innovative range of grains and gauges. Whilst referencing a debate on the ethics of the environment, Ecology’s real concern is ideas of psychic re-cycling, the debris that’s passed on and re-circulated amongst people.

The use of film technologies consolidates this theme. Shot on multiple formats including Super 8, stills, DV and mobile phones – technologies that live inside one another as they evolve – the imaging of the film mirrors the characters struggle for stability and consistency. The possibility of viewing the sequences in any order (there are six possible permutations and exhibitors determine which version they’ll screen) confirms the circularity that is at work that denies causality to events or a hierarchy to the media. The stories, like the psyche, like media, incorporate others but also refer us on in an endless chain of suggestion. There is no conceivable resolution, rather we are part of an endless recurrence, a mode of transmission rather than comprehension.