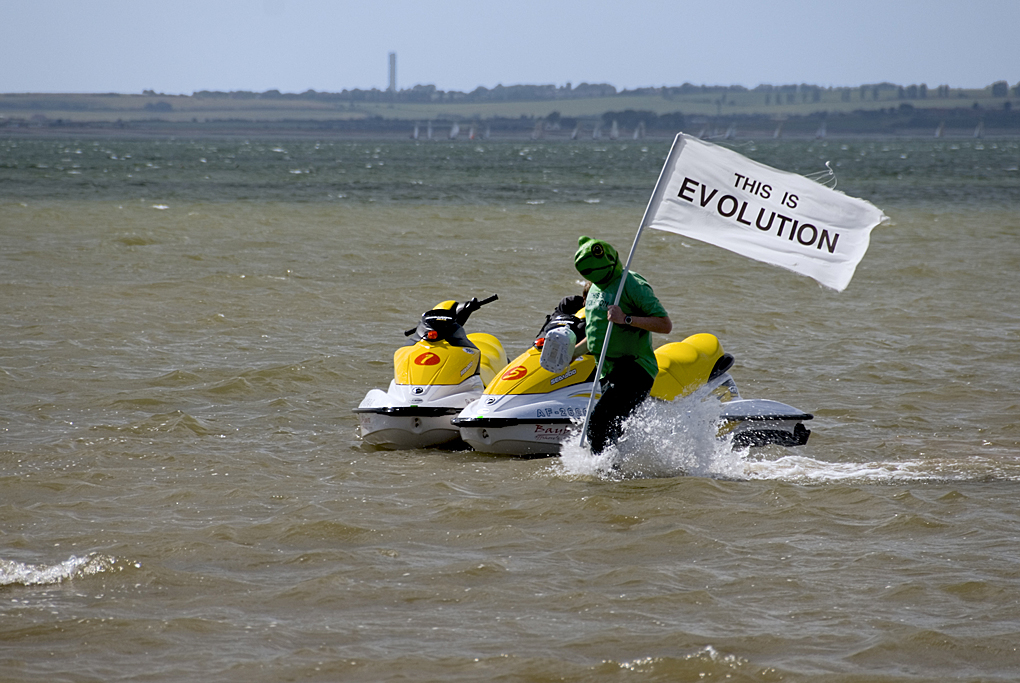 Considerations for an island race began with a spectacular arrival on the main beach at Whitstable. Noble arrived on a jet-ski, brandishing a toaster, which became central to an event later at the Sea Scouts hut. Here, Noble presented a series of performative ruminations on coastal topics including the D-day landings, a doctored version of Happy Feet, Kevin Costner’s Waterworld, and the impact of antidepressants on marine life.