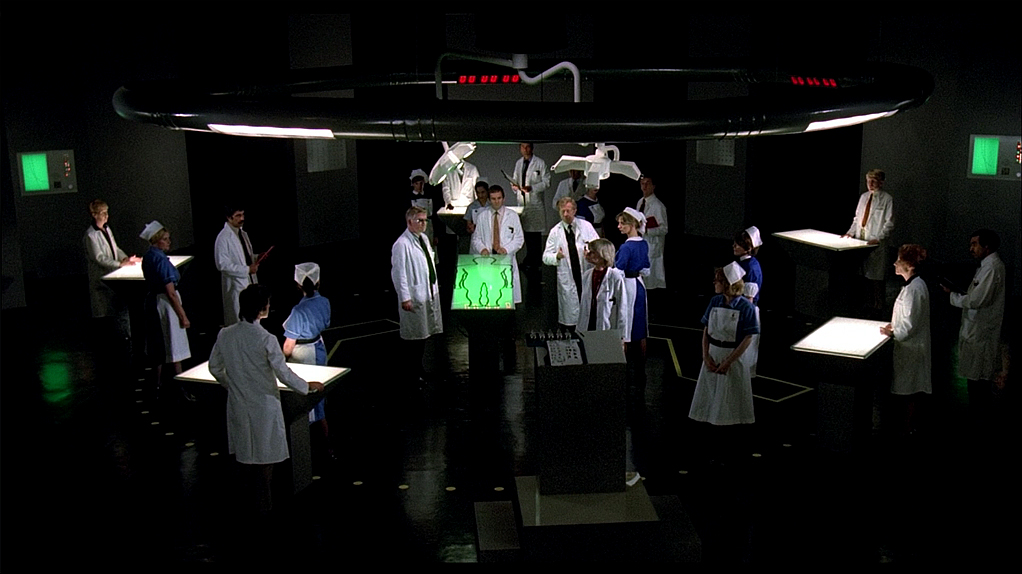 “Released just as the Falklands War triggered an unexpected wave of British jingoism, this venomous state-of-the-nation movie ran counter to the mood of the times. Private health care, the delusions of science, the complicity of the media and the fantasy of Empire are all comprehensively dumped upon. Coaxing Brechtian, anti-realist performances out of his cast – and using that cast to collapse the stifling distinction between high and low culture (Robin Askwith shares the screen with Joan Plowright) – Anderson produced a shockingly truthful caricature of Britain on the cusp of the Thatcher revolution… Here was a film which combined the off-the-wall, anti-establishment humour of Monty Python with a deep moral seriousness, a fluid cinematic language and a real charge of poetry and ideas: a rare combination, one which you certainly won’t find in the work of any other British director, living or dead.”
(Jonathan Coe, extracted from The Guardian)

Part of Thinking Creatively. After 1968, a Trilogy of Resistance by Lindsay Anderson, Malcolm McDowell and David Sherwin, in memory of David Sherwin (1942-2018). If… screening on Sunday 3rd at 19:45, and O Lucky Man! on Tuesday 5th at 15:00. Programme notes available at the three screenings.