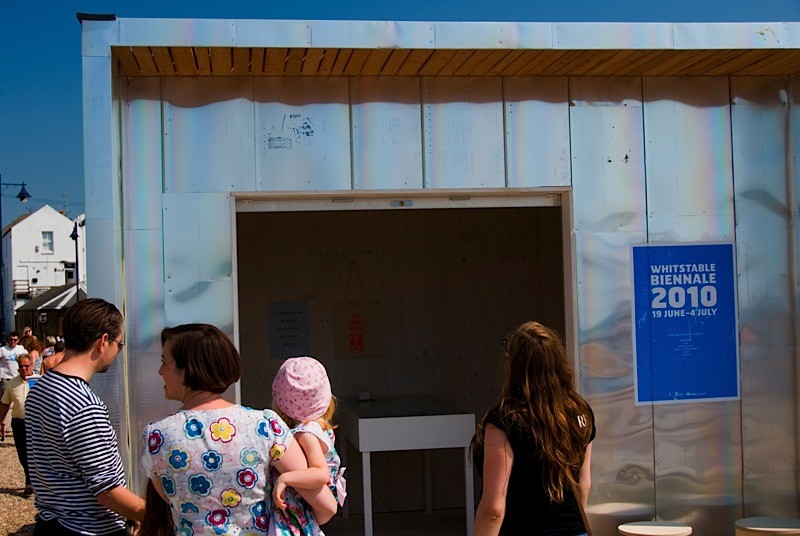 Aesthetically influenced by 1950’s social housing schemes and utilitarian architecture, Kieren Reed created a sculptural intervention, which became the Whitstable Biennale Headquarters for the duration of the 2010 festival.

Placed on the shingle beach, next to the Royal Native Oyster Stores, the sculpture referenced seaside architecture and tourist functionality. It provided an information point for the Biennale, housing artists’ books, printed materials and other ephemera.

Reed responded to ways in which the architectural and public spaces that surround us can be used to manipulate and interrogate our individual and collective identities. The work also considered the relationship between functioning and non-functioning objects, in order to explore a duality of meaning and possibility within the everyday.