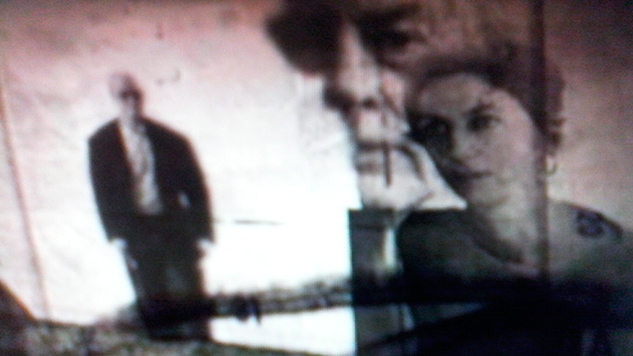 “With their latest work, Chris Petit and Iain Sinclair have taken television to the next level. When Asylum screens on British TV it’ll either have viewers hammering at their sets and wondering if there’s an electrical storm in their neighbourhood, or scratching their heads at the labyrinthine pseudo-sci-fi narrative. Describing itself as ‘a film about exile, memory, madness’, Asylum is the third collaboration between the British filmmaker-writer Chris Petit and the novelist, essayist and poet Iain Sinclair. Continuing their exploration of marginalised cultural figures, the duo has extended the distressed, multi-media textures of their previous collaboration, The Falconer (1998), to create a piece that, while conceived for British TV, pushes at the limits of what television currently deems to be aesthetically acceptable. Not for nothing does the film carry the subtitle The Final Commission.” (Chris Darke)