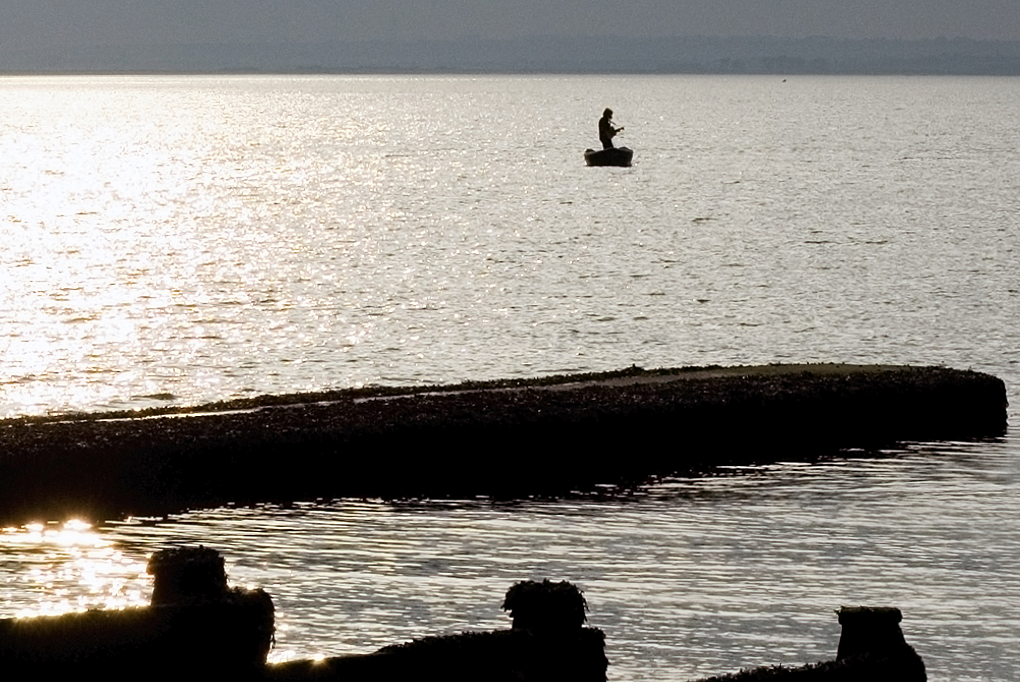 William Hunt makes performances where the traditional traits of live art practice – endurance, pain and physical exertion – collide with the different worlds of the street busker, the protest singer and the ‘Rock ‘n’ Roll’ crooner. At a time when the protest song as a dynamic political action seems all but consumed by the mass-market, Hunt’s tragi-comic performances evoke the last embodiment of a personal/political stance.

Hunt performed a new work, Longshore drift in open C, as part of the mess tent performance programme for the Whitstable Biennale 2006. For the work, he cast himself (and his guitar) adrift on the evening high tide.