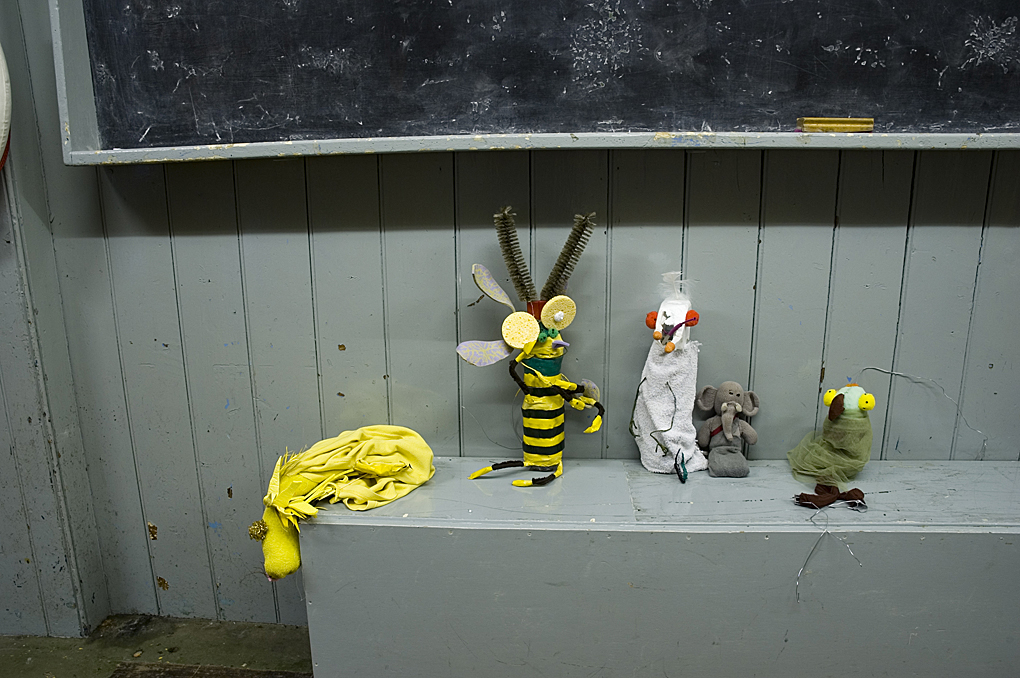 Matt Rudkin and Edwina Ashton devised a new piece during a week-long frenzy of creative cross-fertilisation, combining Rudkin’s approach to cabaret and street theatre and Ashton’s animal costumes in a funny and ingenious production. The devising process took place primarily during their Whitstable residency.

The performance was a grotesque and twisting tale of mutant creatures eking out meagre existences in stark, inhospitable surroundings. It was like an amalgamation of Samuel Beckett and the Muppets in an episode of Doctor Who, which suggested alienation, object animation and extermination as well as quoting the theatrical language of German Expressionism. This piece was excessively over-acted in a dark medley of soul-sapping scenes.