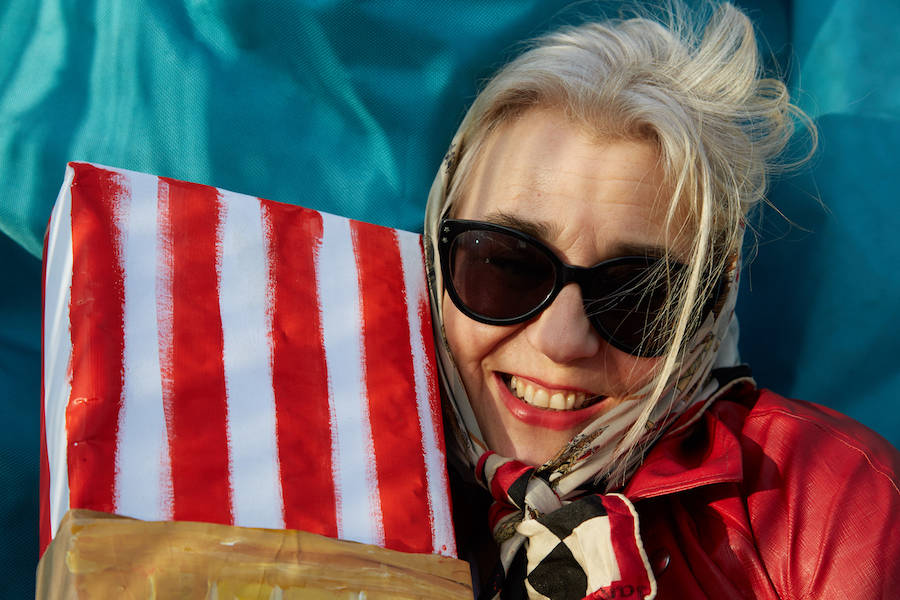 Marcia Farquhar is an artist working in performance, photography, painting and object-making. Her site-specific works have been staged and exhibited internationally in museums and galleries, as well as in lecture theatres, kitchen showrooms, hotels, pubs, parks and leisure centres.

Farquhar’s performances are conceptual in nature and often precariously balanced between the prescribed and the unpredictable – socially open, broadly embracing of circumstance, and resolutely focussed in the live and unrepeatable moment. They have also made frequent and subversive use of popular cultural forms such as TV cookery, pop-psychology, the Punch & Judy show, the fashion catwalk and the guided tour.

Farquhar was born in London where she lives and works. Not so recent work includes Mind Your Heads 2012, The Common Room 2011, The Horse is a Noble Animal 2010 and the book Marcia Farquhar’s 12 Shooters, a 192-page document of her collaboration with 14 artist-filmmakers, published in 2009. More recently she devised Flaxman Exchange as the inaugural UCL Art museum’s artist commission and is revisiting her once-every-seven-years show, Acts of Clothing at the Palazzo Zenobio, during the preview week of the 55th International Art Exhibition, la Biennale di Venezia. Later in June she will be appearing at PS1 Stanford, Palo Alto, California, with The Long Haul.

Rooty Tooty and Based on a true Story involving my Mother, myself, an unknown old Couple, a green Ice Cream and a Hedge