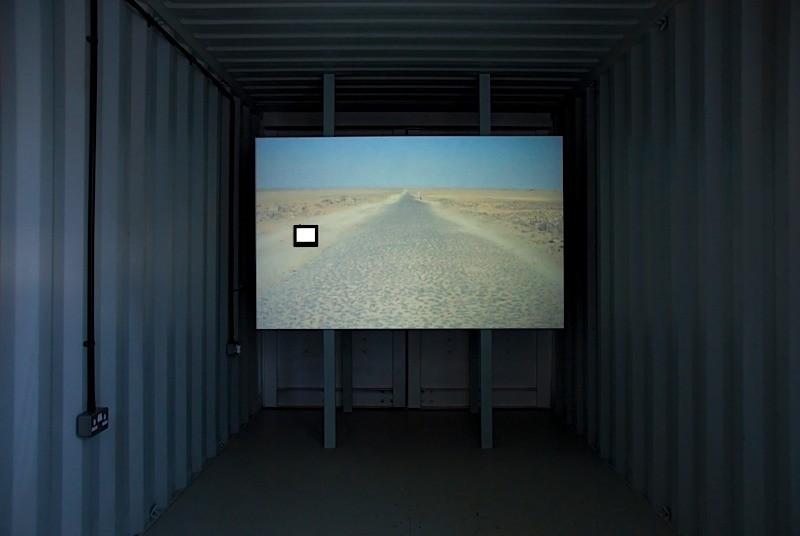 The Guide and Flock form a two screen video work, which was installed in a sea container on Whitstable’s main beach. The films were part of a body of work Al-Ani developed, exploring the disappearance of the body in the contested landscapes of the Middle East.

As a desolate desert track comes in to focus on a large screen, an unidentified man walks away from the camera, eventually fading into the distance. In contrast, a postcard-sized monitor shows a herd of sheep grazing on the edge of a busy highway. The calm image is interrupted repeatedly by heavy traffic passing closely in the foreground. The work draws us into the nineteenth-century Orientalist stereotype of the desert as an unoccupied site while playing on the biblical figure of the lonely shepherd and his flock.

The Guide and Flock