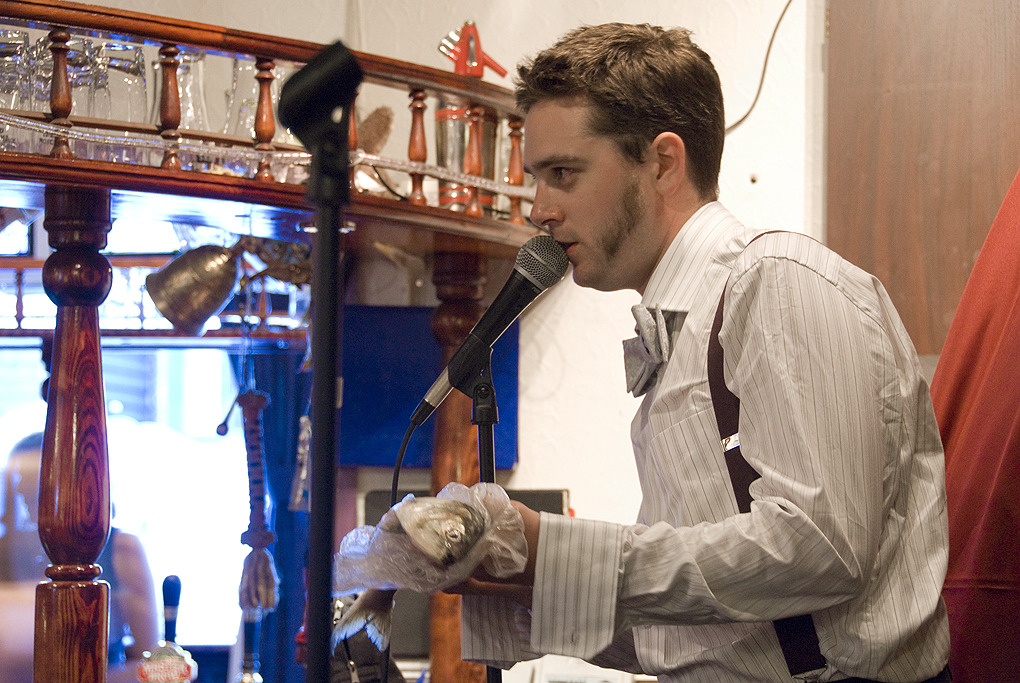 Frog Morris is an artist, performer, poet, curator and designer. His is world of pub quizzes, bingo calls, meat-based snacks, low budget sci-fi, real ale, bow-ties, poetry, DIY punk aesthetics, folk songs and stories about woodland animals. Though his work derives from a rich cultural history, it remains unrestrained by convention and performances usually delivered with his own subversive twist. He is fascinated by absurd idiosyncratic moments in English culture. Sometimes he draws the audience’s attention to absurdities that are already there. Sometime he places the absurdity there himself. Sometime his work is laugh out loud funny. Sometime it is profoundly unnerving. The audience are usually left unsure about what to expect next from him.

Frog Morris has a history of curating exhibitions and live event including the much loved Frogstock Festival which ran for over 10 years in Norfolk. Frog Morris also hosted regular bi-monthly shows at the Montague Arms in New Cross from 2007 to 2012 (well over 100 shows in total). His agenda was to establish a place where musicians, comedians and live artists could share the same bill and showcase their more experimental work, whilst audiences could discover something new and unexpected. His events are often likened to old music hall or Dadaist cabaret and they have helped to launch numerous artists and performers.