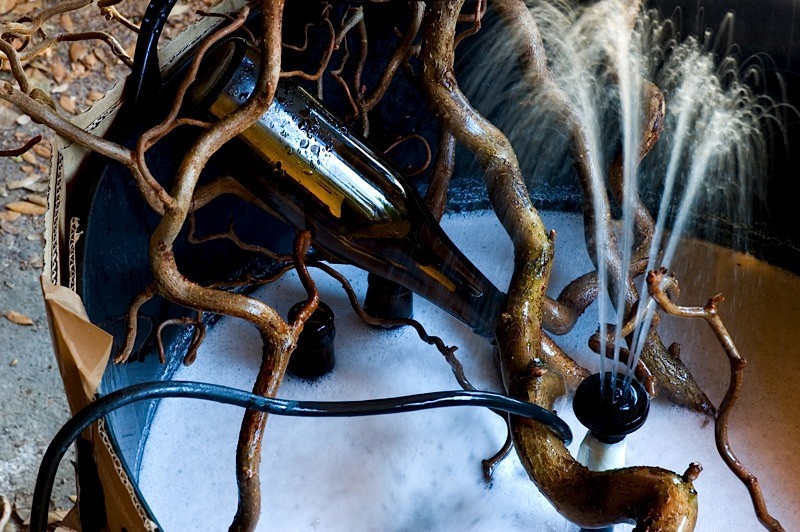 Charlotte Cullinan and Jeanine Richards’ work took the form of a large sculpture, which could also be used as a bar. Installed in a disused building on the grounds of Whitstable Castle, the bar was fabricated by Cullinan and Richards as homage to Female Shock Workers (a worker of exceptional skill and productivity) and as a celebration of the historical ‘Women Workers Day’, celebrated in Russia in the 1930s.
The Structure of the sculpture was designed to reflect the shape of the nearby racetrack at the Lydden Hill Circuit in Wooten, near Canterbury. On 13 May 2006 Cullinan and Richards took part in a track day, organised for non-professional drivers. Cullinan and Richards made a film of the day’s events, with a more incidental than documentary style. The film was shown as part of the overall installation, which also included commemorative racing tapestries, painstakingly made over the months prior to the Biennale. As with all Cullinan and Richards’ previous work, this piece fused documentation with fiction, personal histories and live performance as sculpture.