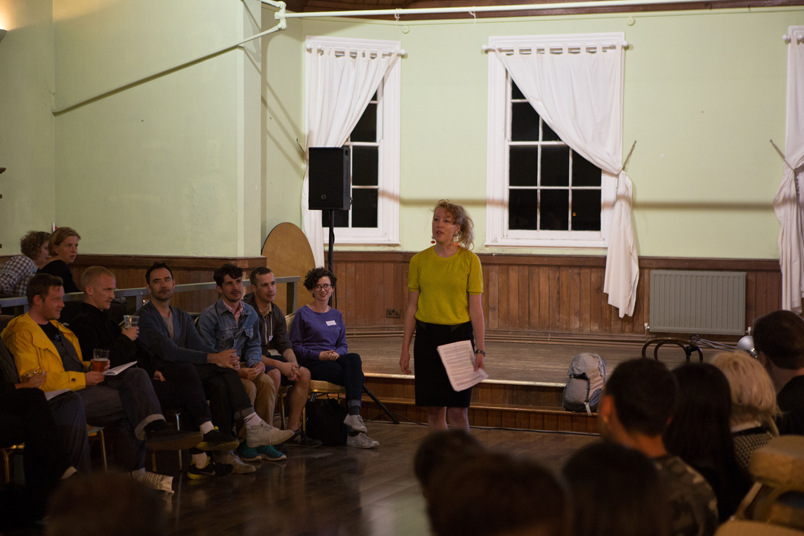 Alongside her recent solo performances at Whitechapel Gallery, October Gallery and Motel de Nowhere, Chloe Cooper’s live art practice takes place in dialogue with students at educational institutions across London. Having completed her MA in Museums and Galleries in Education at the Institute of Education in 2011, Cooper uses her practice to explore the collections and display environments of Tate Modern and Tate Britain, the British Museum and Sir John Soane’s Museum. As part of artists collective DARTER with artists Phoebe Davies and Louisa Martin she was Artist in Residence at Whitechapel Gallery between 2010 and 2012 and during early 2012 was Participation Artist on London-wide public art project Plunge co-comissioned by Artsadmin and LIFT whilst also contributing a diatribe against Michael Gove in Five Years’ THIS IS NOT A SCHOOL exhibition and subsequent publication.