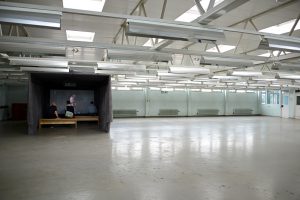 The work is on a loop, and lasts approx 50 minutes. It will start every hour, on the hour. Visit at any point during opening times.