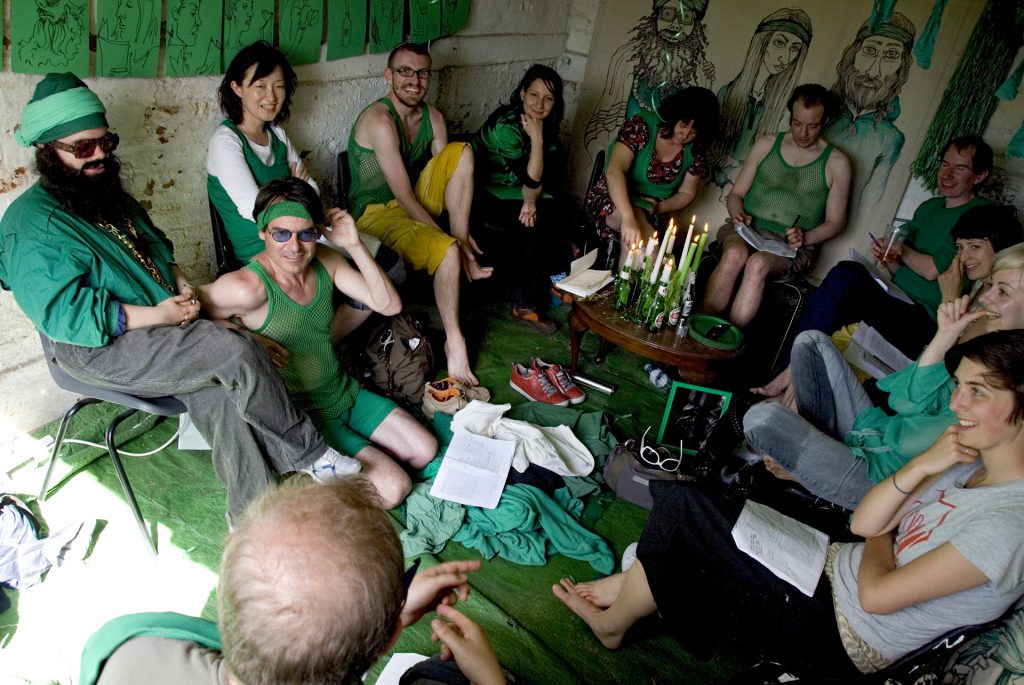 The Saints of Whitstable were fictional characters creating a presence in Whitstable and evoking public engagement with topics such as celebrity, enigma, faith, values and community.

The Saints of Whitstable took form as a series of events, including study groups, performances, street interventions and collaborations with other artists including John Cussans, Mikhail Karikis, Harminder Singh Judge and Magdalena Suranyi.

The performances were loosely based on Ashery’s research into enigmatic saints, including the cabbalist false messiah Shabtai Zvi, a controversial, 17th Century religious figure who gained a following across the Eastern and Western worlds. Zvi’s surreal acts included drumming while walking through cities with a large fish in a baby’s cot complete with pillow and blanket. The acts were fuelled by rebellious impulses against the regulations of organised religion.