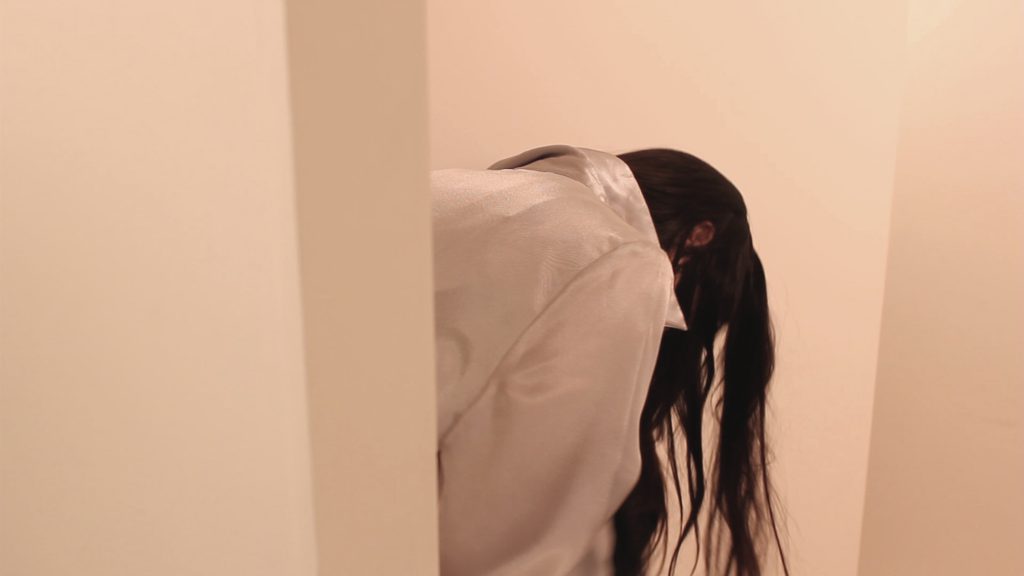 Using an extended metaphor of a lighthouse, the videos feature a shifting character whose moving, costumed body alternates between being a site of projection and absence – a screen for the audience’s projections – and an extrovertly performing hikkikomori (a person in extreme social withdrawl) whose real self remains invisible and distant.