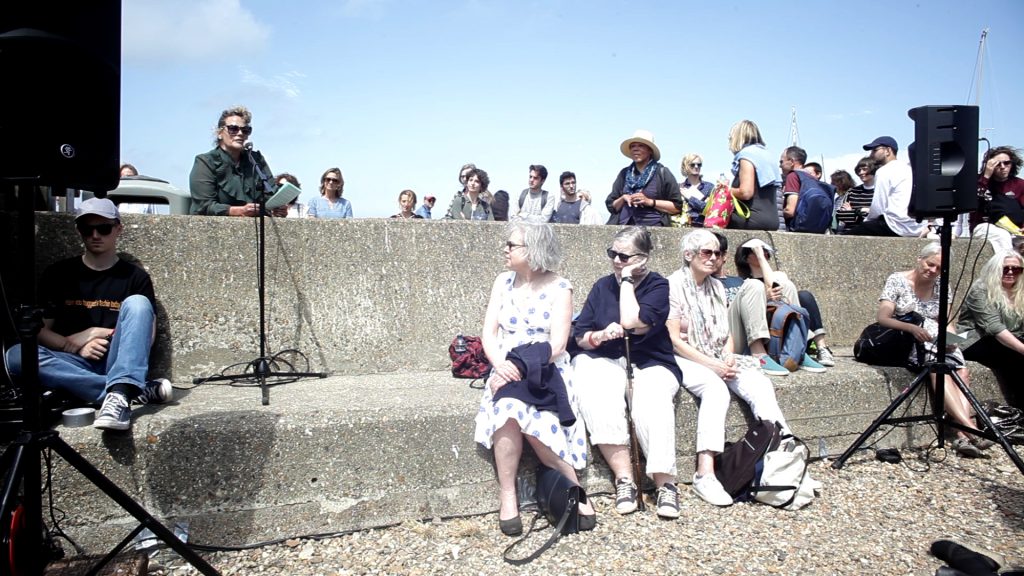 The main prose poem, WATERY THINGS, reveals thoughts about measuring life with whelks, mussels, clams, oysters, winkles, crabs (but not the scallop which is like eating the human earlobe of a swimmer), of smuggling a child through a forest in Poland in 1943, of swimming and the wilderness of the ocean, and, always, of love.

Two shorter poems accompany WATERY THINGS. The first, My Muse Appeared To Me In a Dream (again) tells us about Harbour Street, of thick spectacles shattered, shells and stones and a tenner in his pockets. Writing on the Wall speaks of love written in public, which crosses boundaries and inscribes our deep connections across Europe.

A limited edition print of the texts was available from Oxford Books during the festival.