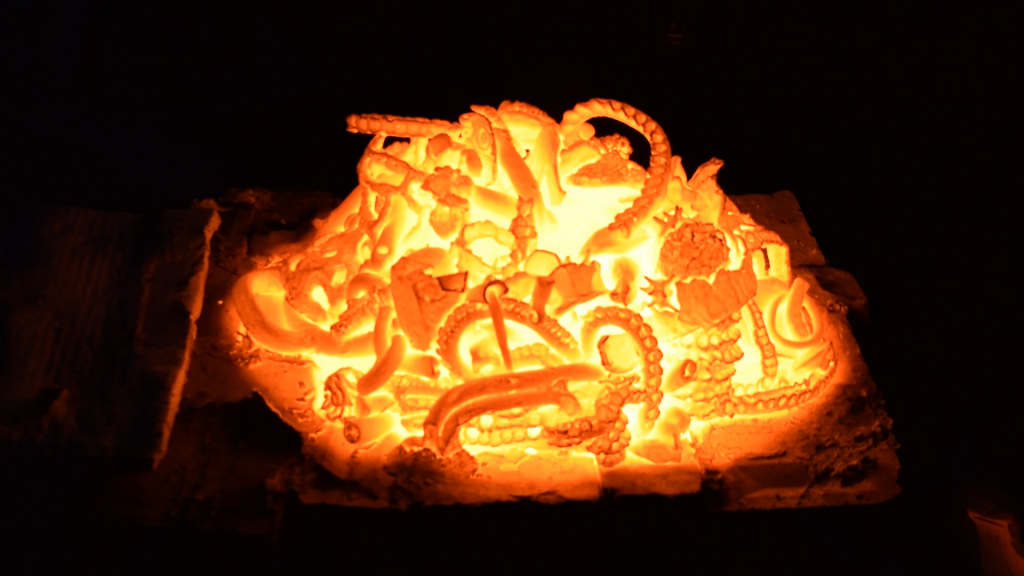 Closing Event – with unveiling at sunset 21.09

Summercamp was the communal production of a sculpture kiln that was be fired on the closing evening of Whitstable Biennale 2018. The project drew from Josephine Callaghan’s ongoing research into reduction processes, self-firing structures and public firings. The event expands on a series of outdoor firing experiments, where a kiln is felt as a stage of collectivity, connecting body and landscape.

The making of the kiln was a shared endeavour led by the artist, with an extended network of ceramic and arts practitioners and Whitstable based groups. The production temporarily occupied a plot on Whitstable’s beach, creating a camp where participants worked with clay to build an experimental sculpture kiln in situ over the weeks leading up to the firing.

The firing itself started in the early hours of the Sunday morning, with the heat building up over the day.

Thanks to the artists Tom Barnett and Sarah Cameron whose support has greatly enabled this project, as well as to all who have contributed to the kiln.