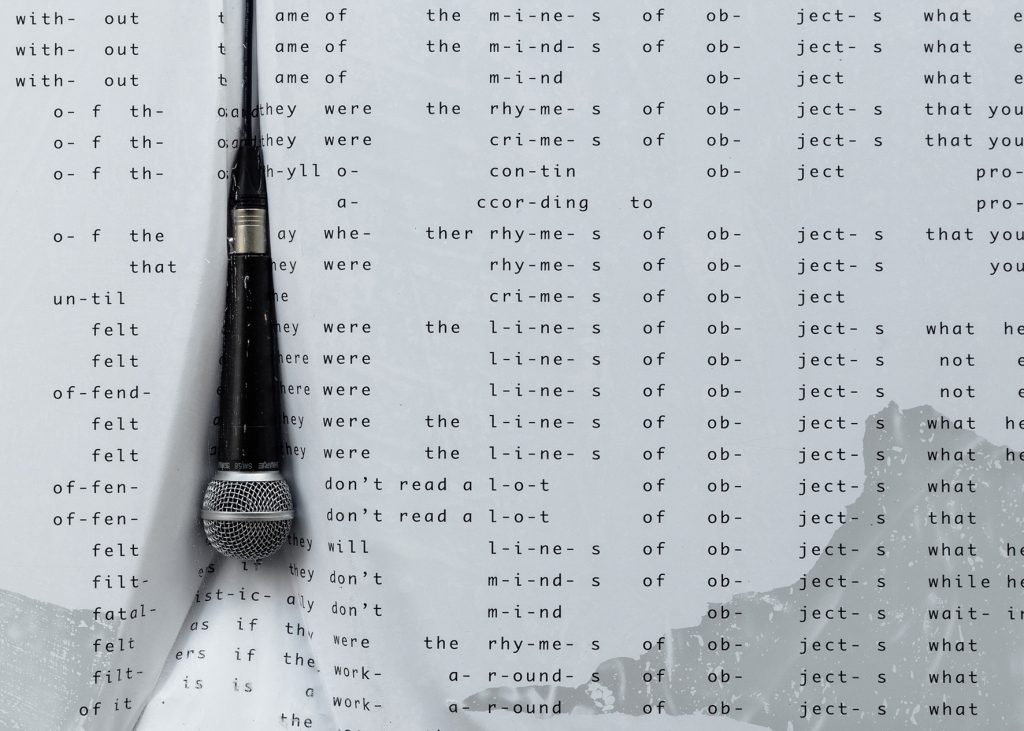 Seasferic is a new live sound work that uses the sea as a medium to distort and transmit a spoken text. The work addresses the limits of verbal language in, and between, liquid bodies and recalls the history of pirate radio stations in the Thames Estuary.

Working from the West Quay at high tide when the ebb current begins and is at its strongest, Anna Barham will use hydrophones (underwater microphones) to bring the sounds of the water and seabed to the surface. Interspersed with these sounds she will read into the sea, voicing a script written in workshops that explore the limits of speech2text software. Drawing on Vilem Flusser’s text Vampyroteuthis Infernalis (Vampire Squid), this polyvocal script is about immersion, interfaces and porous boundaries – ecological, sonic, visual, psychological, verbal, chemical and interpersonal.

The performance will be viewable from the area adjacent to the West Quay. The voice, modulated and distorted by the turbulence in the water, and the other sounds drawn from the sea will be broadcast via internet radio to the audience to listen via their own devices. In splitting sound from source and sending it through the chain of live production, broadcast and listening, the work stimulates a renegotiation of meaning and identity from a different perspective.

The performance will last approx. 30 minutes and will be transmitted via internet radio at annabarham.net/seasferic.html. Bring a charged 4G device, such as your mobile phone, and a pair of headphones. A small number of headphones will be available to borrow on the day but please bring your own if you can.

Anna would like to thank Paul Abbott for his help in the planning and performance of this event.