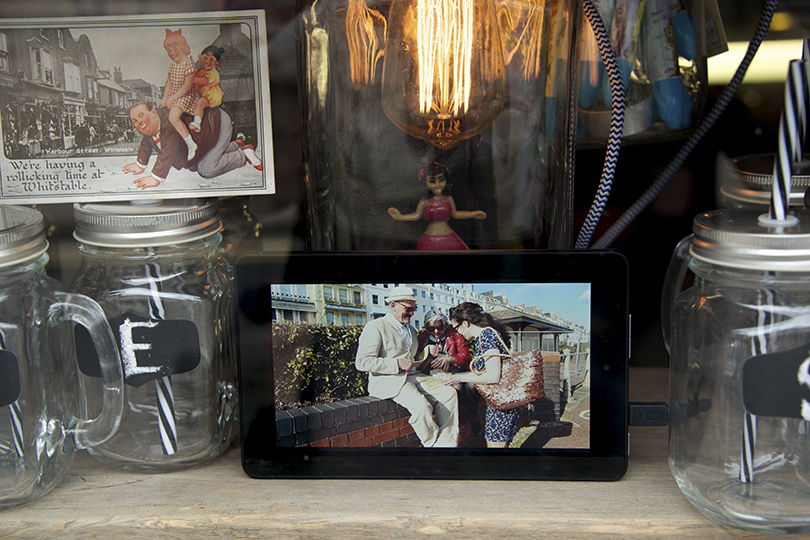 Marcia Farquhar, Based On a True Story Involving My Mother, Myself, an Unknown Old Couple, a Green Ice Cream and a Hedge, 2016. Image: Bernard G Mills

Recalling Mr Punch’s war cry, the Biennale ice cream’s name was suggested by artist Marcia Farquhar who saw red and white stripes as ‘the way to do it’. Rooty Tooty is being developed by artist Chris Conway, the legendary creative force behind oyster ice cream, who is putting the root back into Rooty Tooty in his inimitable style. Without giving the game away this maestro of cool confection is developing a taste of yesteryear drawing on old treats for modern palates.

A second work at Sundae Sundae draws on artist Marcia Farquhar’s early life in Felixstowe. A silent movie stars the artist as one half of ‘the unknown couple’, with the male half played by legendary artist and filmmaker Andrew Kötting. Farquhar’s daughter, artist Kitty Finer, appears as the artist’s mother, and her granddaughter as the artist herself. The film is approx 10 minutes long and can be viewed at any time during opening hours.