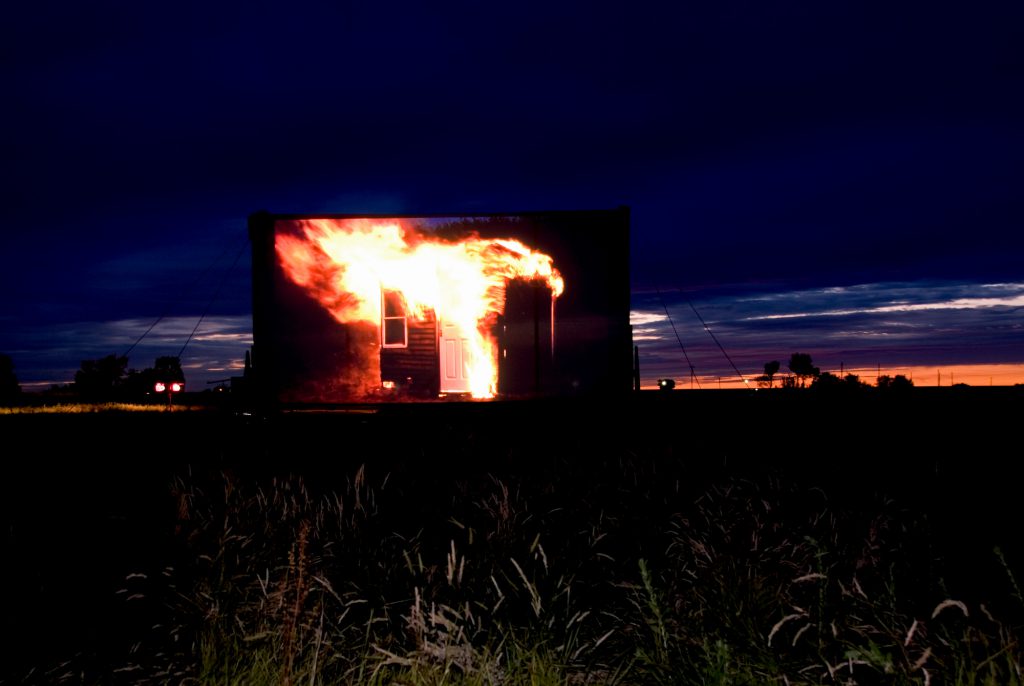 The train that runs between London and East Kent travels through the Seasalter Levels. At one time there was a thriving plotland community on this stretch of marshland, but in recent years the shacks, livestock and caravans have gradually disappeared, leaving only a few abandoned and burnt out shacks, wooden huts and overgrown plants, marking out what were once gardens.

Clio Barnard’s publication, Plotlands examines what implications a now defunct, makeshift and marginalised community of plotlanders have for our future, and the imaginative possibilities that are opened up by its unofficial status and invisibility. The artist’s book contains interviews, excerpts from Colin Ward’s book Arcadia for All (in which he examines plotland communities), together with drawings and photographs. A short piece of fiction written by the artist is also included, which ends with the burning of a shack.

As dusk fell on Friday 4 July 2008, three trains travelled as usual between London and East Kent. On each seat of the train lay a copy of Plotlands. As the train passed through the Seasalter marshes, passengers witnessed the ritualistic burning of a shack, projected, in film, onto a vast screen, situated in the isolated and rural landscape. This marked the death of the marshland community, and also acted as a potent symbol, explored from various angles in the book.