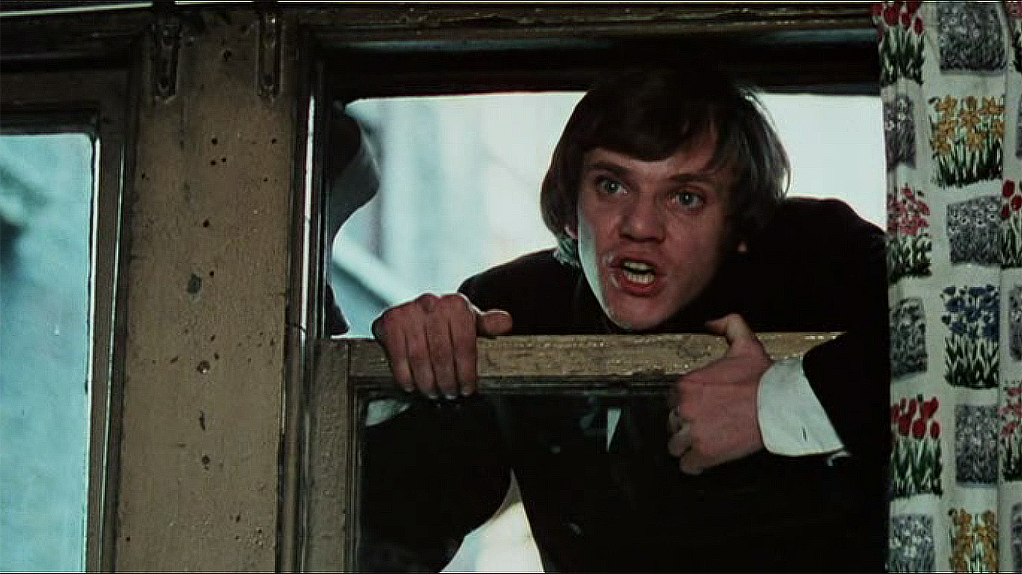 “No less than an epic look at society is created in Lindsay Anderson’s third and most provocative film. It is in the form of a human comedy on a perky, ambitious but conformist young man using society’s ways to get to the top. Malcolm McDowell, though practically on screen throughout, displays a solid grasp of character and nuances. He is first a salesman, then guinea pig to science, assistant to a great business tycoon, railroaded to prison as a fall guy, converted to near saintliness, almost martyred and then returned to conformism by an almost mystical reaching of understanding through a Zen-Buddhist-like happening. The film bows to various film greats but always assimilated to Anderson’s own brand of epic comedy. The music and songs of Alan Price also add by underlining and counterpointing the action.”
(from Variety)

Part of Thinking Creatively. After 1968, a Trilogy of Resistance by Lindsay Anderson, Malcolm McDowell and David Sherwin, in memory of David Sherwin (1942-2018). If… screening on Sunday 3rd at 19:45, and Britannia Hospital on Sunday 10th at 17:30. Programme notes available at the three screenings.