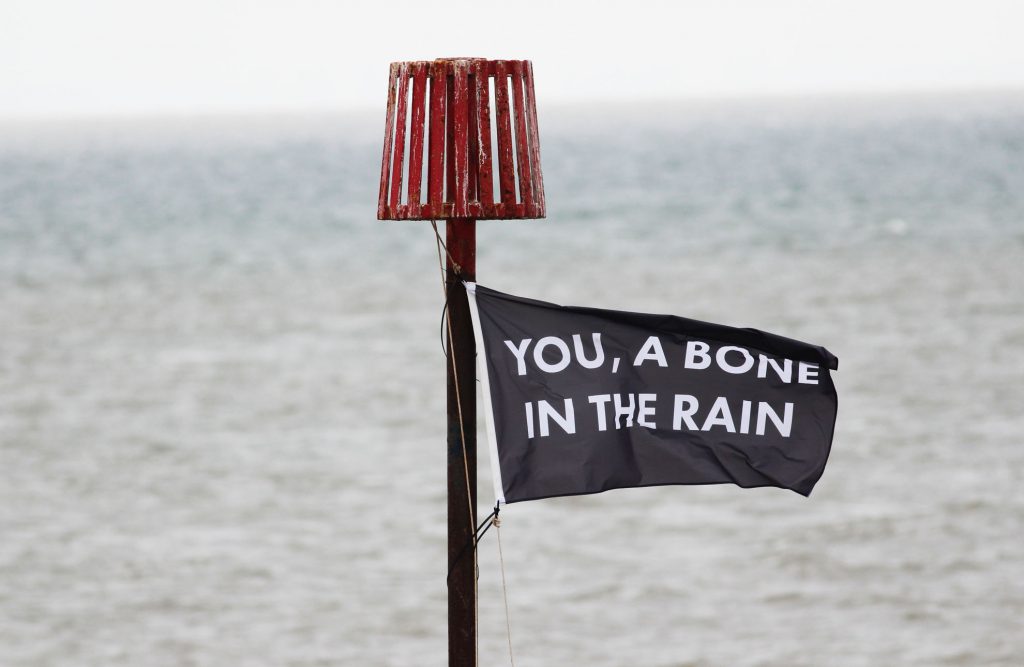 Rebecca Lennon, No One Has A Face To Look At Us, 2018. Photo: Rosie Lonsdale

In NO ONE HAS A FACE TO LOOK AT US multiple texts, spoken and written, looped, fragmentary or narrated, are distributed performatively and invasively around Whitstable.

Voices move fluidly between the I, you, we and it, speaking of our collective and individual disembodiment. In the museum, a spatial sound collage tells of a mythical choir of looping voices trapped at the bottom of the sea, hypnotising the fish with its with its no mouths and total unity and carving out a historical relationship between the sound loop and the wave. Elsewhere, narratives of vocal dissociation and spectral action are spoken through posters, screen savers, and signs, implicating us in this lost agency. Here, we are faceless….