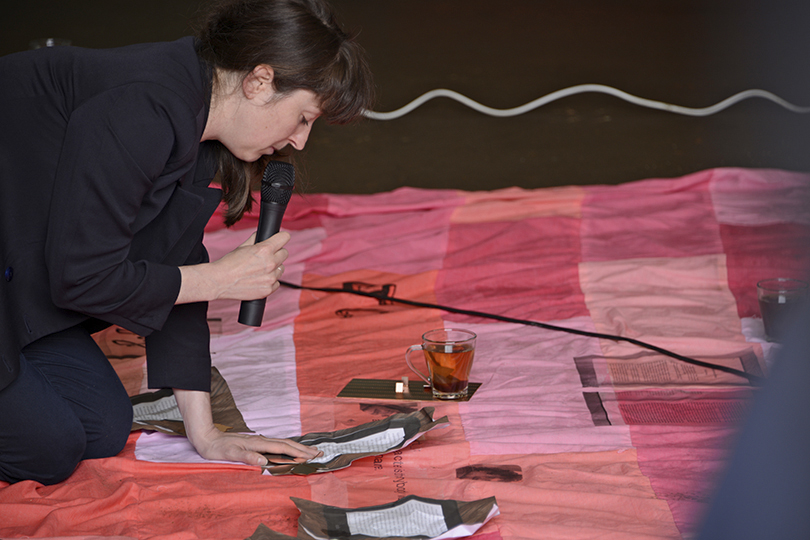 Green Belt is a live-making performance that unfolds over the length of time it takes to commute from Whitstable to London by train. Lynch draws on the sacred qualities of UK planning law to create a large-scale floor piece and scripted spoken word performance. She will use simple building techniques familiar to the Kent landscape and, like other worker-commuters, she will also suffer from interruptions: unscheduled delays, leaves on the line, PPI sales calls and industrial action. Green Belt takes place in the South Quay Boatshed, a stand-in for the post-industrial buildings in her home district in Glasgow, which have been repurposed to house enormous sets for television – places where fact meets fiction. The Boatshed is in active use in Whitstable’s working harbour and is also a site earmarked for development. Lynch will use the transitional nature of the site to contain her fictional imaginings about the movement of the female body through landscape.

The work is approx 75 minutes long. Visit at any point during opening times.