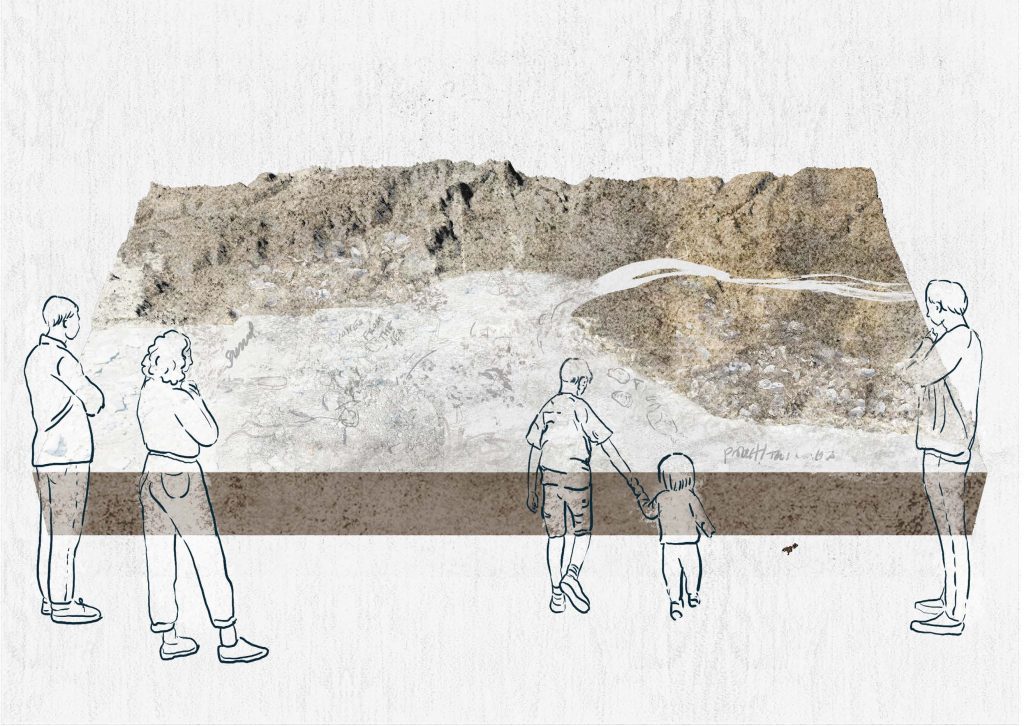 A video installation drawing on Chromatic Agency’s research into the prosecution of Southern Water by the Environment Agency.

In 2021, Southern Water faced a record £90m fine after pleading guilty to illegally discharging sewage that polluted rivers and coastal waters in Kent, Hampshire and Sussex. The case was the largest criminal investigation in the Environment Agency’s history. Over the course of six years, Southern Water were responsible for thousands of sewage discharges while deliberately presenting a misleading picture of compliance to the Environment Agency.

Ephemeral Evidence interrogates the rationale behind the crime: the calculation that it is better to risk a fine for polluting the ocean than it is to responsibly treat wastewater, and questions why a fictional construct (money) is more important for many decisions than objective reality (the health of the ocean). While money has a singular witness in the banking system, the ocean has many different ways of describing its existence.

Weaving together ideas from law and activism, Ephemeral Evidence asks what it would mean to build a legal case for the ocean? How can the ocean provide testimony?

nnull was a recipient of the Jerwood WB Artist Attachments supported by Jerwood Arts.