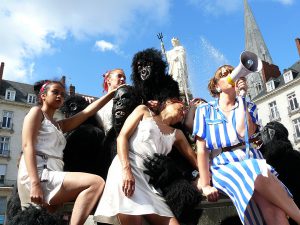 The Nantes School of Art in France is returning to perform at the Biennale for the second time. The humour, sensitivity, and courage of the students in 2016 has led to this new collaborative work, a 40-minute performance in the form of a conference/cabaret.