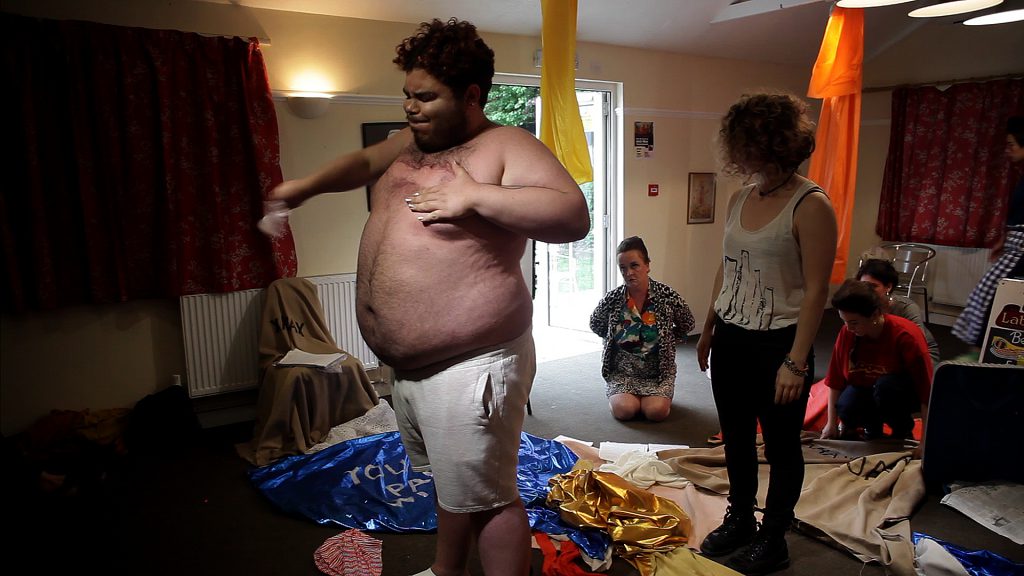 The Nantes School of Art performed at the Biennale twice – ending their time in the UK with a surprise second performance in Whitstable Labour Club. The humour, sensitivity, and courage of the students in 2016 has led to this new collaborative work, a 40-minute performance in the form of a conference/cabaret.