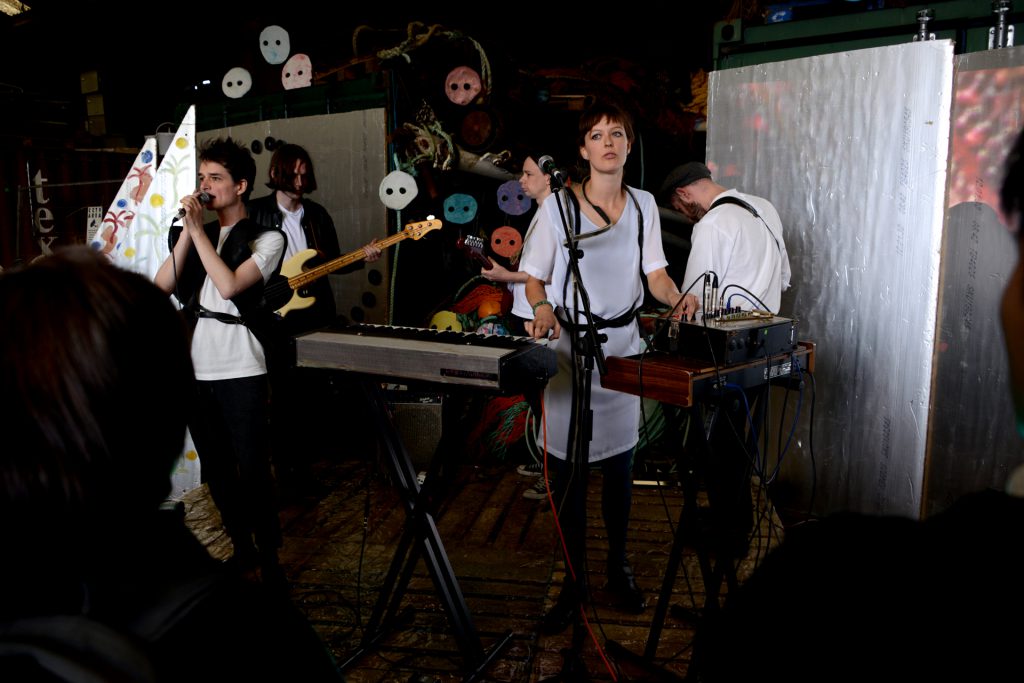 Artists Samuel Levack and Jennifer Lewandowski will create a new multi-disciplinary commission for the opening Saturday of the festival. The work will include a performance by Das Hund, (Levack and Lewandowski’s band), alongside digital video projections which were developed during a residency in Whitstable, and an elaborate stage-set featuring an installation of Pilgrim Shells, colourful totemic sculptural objects in plaster, jesmonite, paint and pigment. Cast from washed up rubber tyres, found and collected on the coast of East Riding, Yorkshire, these objects weighed down fishing nets cast into the sea, and now act as totemic offerings to all travellers, summoning the movements of the ocean and the histories of the bay.