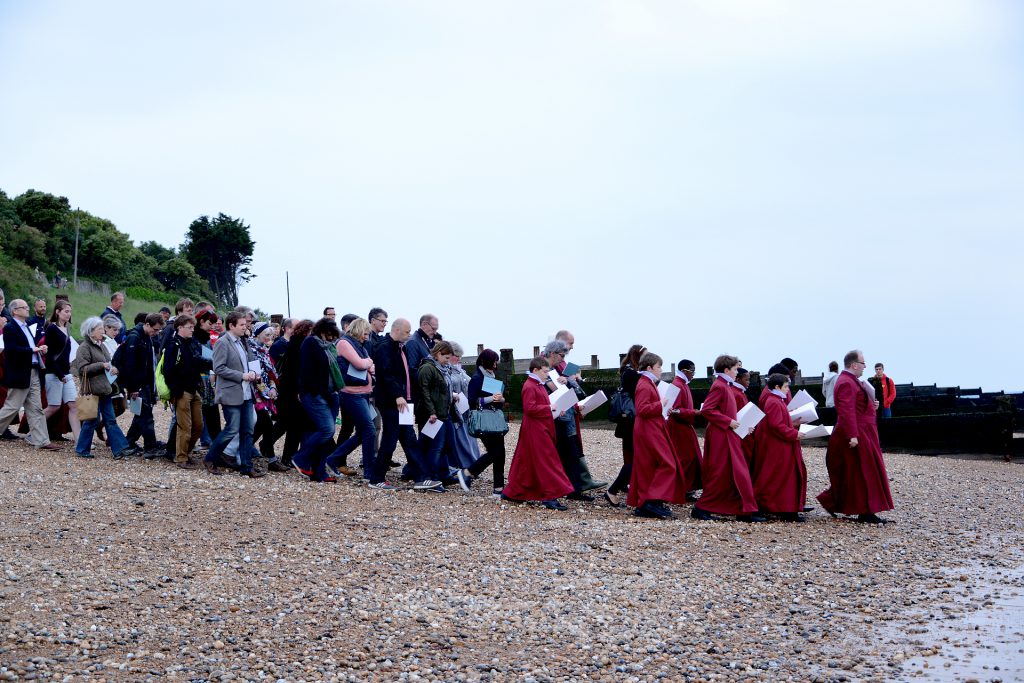 As day turns to dusk, a group of choristers will walk out with a small group of people along the line of The Street, an ancient shingle spit that stretches out a mile out into the sea at low tide. As the group make their way out to the distal end of the spit and back, the choristers perform two works choreographed by the artist, their voices sometimes lost in the wind.

Working closely with composer Richard Glover, the choral performances take two drawings from a sketchbook by the artist’s sister as their starting point. The performances become a conversation between the sisters (both artists, one who lives and one who has died). The choristers sing text taken from the drawings, creating an overlapping succession of pitches with continuous harmonies in a rising and falling pattern that echoes the rhythm of the tides.

Both works take loss and consolation as their theme, and insist that the loss of one person can be relevant to many, and that loss can continue to impact the present in a hopeful way. The works can be read as a dynamic, collective and celebratory process of mourning.

The two works that comprise Compositions for a Low Tide have been co-commissioned by Whitstable Biennale and ICIA, University of Bath. With thanks to Rochester Cathedral choristers.