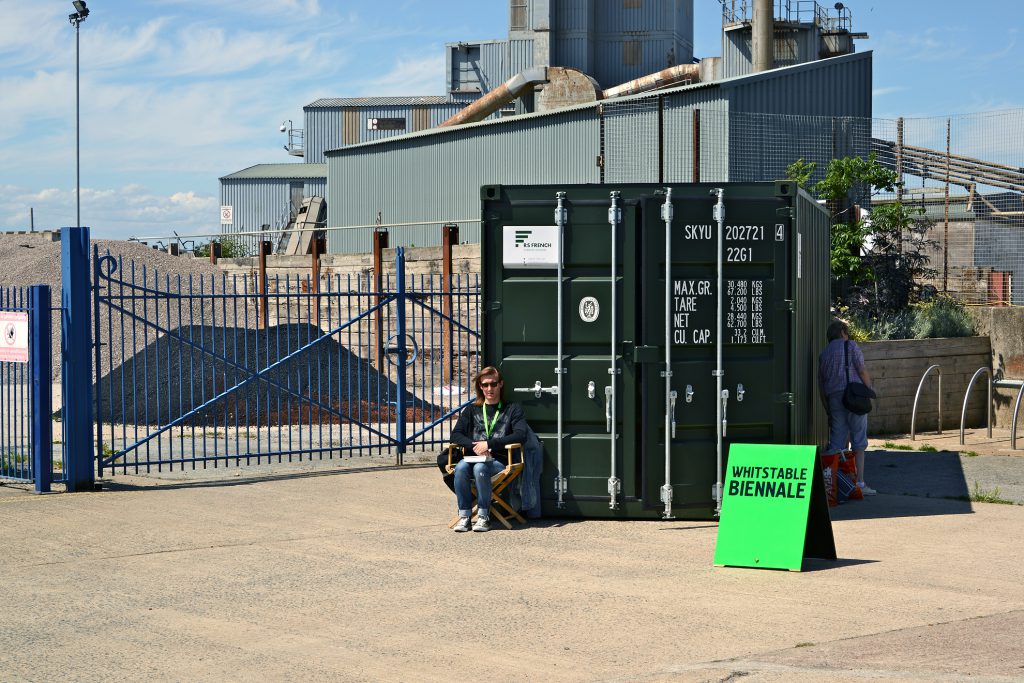 Laura Wilson makes sculpture, installations, drawings, video and performances. Process plays an important part in her work, as both a way of creating the work and and woven into the final works themselves. Often working with unglamorous materials such as bricks, tarmac or light bulbs, Wilson’s work appears subtle and understated. However, in the process of building and dismantling she is able to reveal the true nature of these bare materials.

Wilson’s research project Black Top centres around the industrial factory of Brett’s Aggregates which has been a feature of Whitstable Harbour since the 1930s. Since October 2013 Wilson has been visiting Whitstable investigating the manufacturing process of aggregates: from the importation of raw materials by sea via the Union Pluto, to the operation of the factory by its employees, through to the application of the product in roads and car parks. Wilson’s research will be presented as a film accompanied by sculptural works.

On 14  June Laura Wilson gave a talk about the making of Black Top and more widely about the nature of building materials, their use in industry, and how they feature in her artworks.