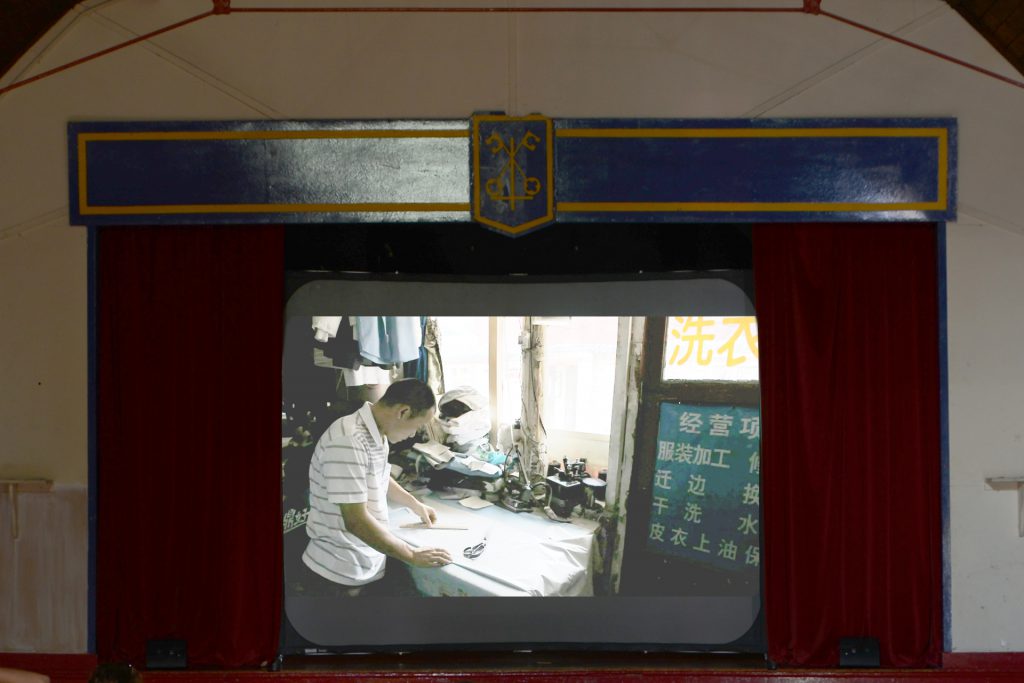 Knox’s research-based practice includes moving-image, performance and photography. She is inspired by instances where an architecture might dictate a conversation and by the social force of imagery to create history.Arising where two surfaces border each other was shot by Knox in Beijing. The video follows a local tailor as he makes a traditional Chinese suit out of light-reflective material given to him by Knox. The tailor shows his fluency in making the suit, which was once a symbol of nascent nationalism and then a symbol of proletarian unity. The cut has now been adopted by Chinese celebrities and contemporary designers. The work highlights the culture of traditional, bespoke tailoring in a country associated more with mass manufacture. As the tailor labours in his workshop with improvised tools including an old cigarette box, people from outside enter the shop, providing a glimpse of the wider world around him. In the process, reflected gaps in our field of vision arise as the tailor manipulates the suit fabric around his workbench. The work is approx 180 minutes long on a loop. Visit at any point during opening times.