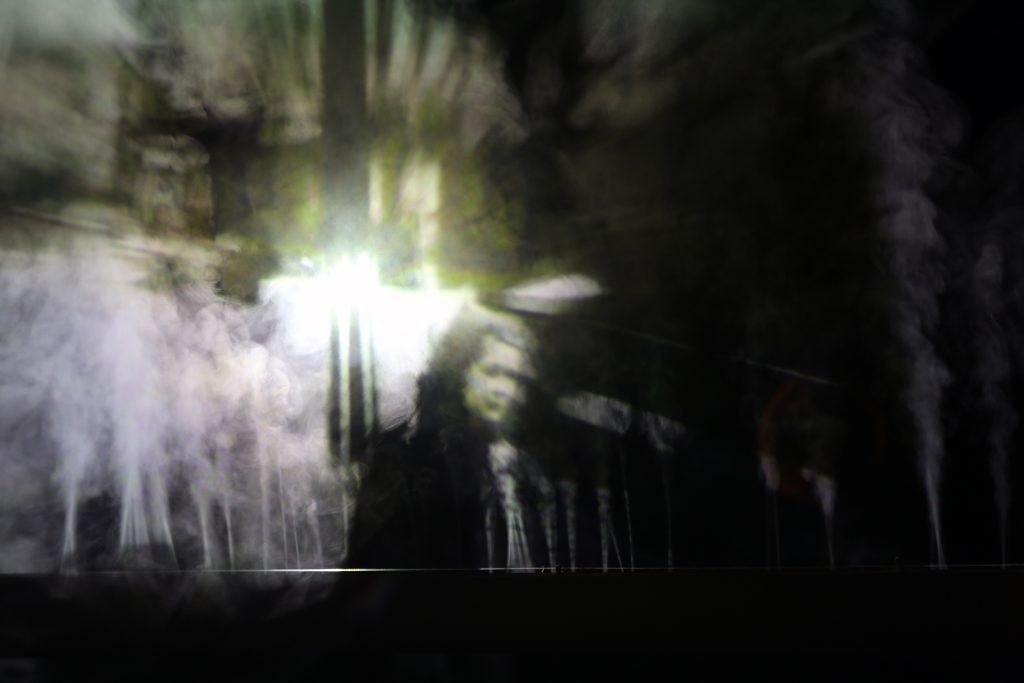 An Eco-Hauntology is a site-specific installation that incorporates ethereal sounds, film and images that play against a screen of seawater vapour. Originally intended to be shown in a cockle salination room in The Cockle Shed, the work has been reimagined for display in a shipping container in Whitstable Harbour, a stone’s throw from the original site which was destroyed by fire on 26 May.

The work takes inspiration from phantasmagoria; popular nineteenth century horror shows that used new technologies and illusions to create multisensory environments for the enjoyment of horror. It transposes the form and methods of phantasmagoria into a simulation of the water vapour climate feedback loop, which makes future flooding events around the world more likely. Past, present and future climate narratives are woven into the work, including those of the Big Flood of 1953 when a huge tidal surge on England’s east coast breached Whitstable’s sea defences and flooded the town.

An Eco-Hauntology simulates the climate feedback loop by using ultrasonic atomisers to vaporise seawater collected from the sea around Whitstable. This vapour then rises to a condensing unit, causing it to fall as precipitation back into the tank, creating a closed loop system. This natural planetary water cycle has become unbalanced by rising levels of carbon dioxide in the atmosphere: a warmer climate increases evaporation and water vapour in the atmosphere, which in turn exacerbates global temperature rise.

The work draws equally from science, magic, religion, history and technology, challenging the art/science binary and honouring the complex relationship between these different knowledges.

Sarah Craske was a recipient of the Jerwood WB Artist Attachments supported by Jerwood Arts.