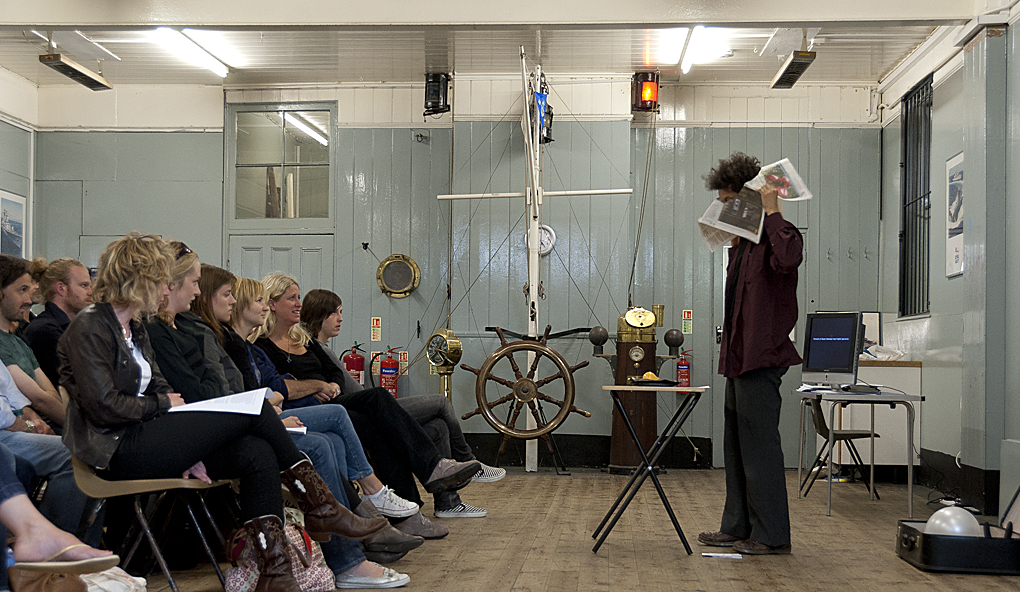 Robin Deacon (born 1973 Eastbourne, England) is an artist, writer and filmmaker based in the UK. Working since the early 1990’s, much of his work encompasses live performance with a series of performed lectures that have explored journalistic and documentary approaches to arts practice. His performances and videos have been presented in the UK and internationally in venues such as The ICA, London (1996), The Young Vic, London (2000) and CCCB, Barcelona (2006).

Approximating the art of Stuart Sherman (without the spectacle)