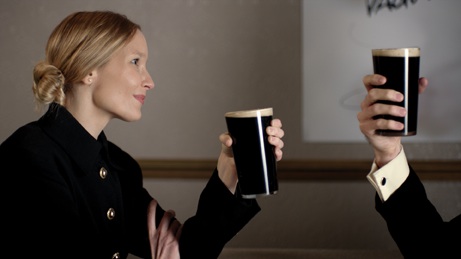 Rachel Reupke works primarily with the moving image. Recent videos deal with the idea of worry – worry about health, money, social status, relationships etc. She is interested in the exploitation of worry for marketing purposes and how it is represented within the context of commercial image production. She is also interested in the difference between an explicit illustration of a worry and the counterpart depiction of a fantasy life without that worry.

Recent screenings include Assembly: A Survey of Recent Artists’ Film and Video in Britain 2008–2013 at Tate Britain; Getting In at South London Gallery and Flatness: Cinema after the Internet at Oberhausen Film Festival. She was awarded a FLAMIN production award from Film London in 2011 and the resulting film Wine & Spirits was shown at Cell Project Space in London last year. She will be an artist in resident at Wysing Art Centre this summer.