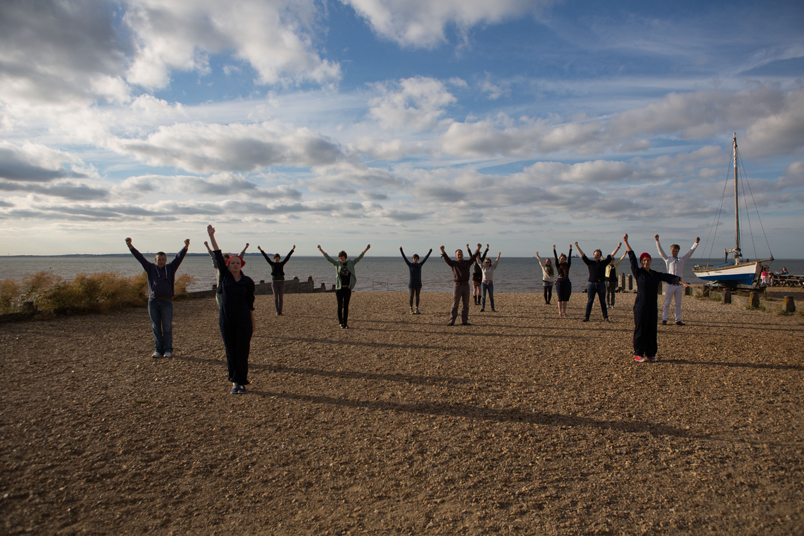 Performance Klub Fiskulturnik (PKF) is a live art performance project, initiated in 2007 by visual and performance artist Lara Ritosa Roberts. Based on the idea of fiskulturnik – the New person – a cultured athletic worker imagined by the Soviet Constructivist Avant garde, the work of PK Fiskulturnik explores the relationship between ideology, physical exercise and the corporeal and visual heritage of ex-communist societies.

PKF performances unearth corporeal aspects of ideology by revisiting communist physical rituals and the methods used to introduce them to the body, transforming physical exercises into artistic language. Revolutionary jargon, didactic body culture and the visual pomposity of mass rituals and monuments are presented to the contemporary viewer raising issues of compliance, alienation and belonging. Disguised as a blast from European communist past, the PKF performers (aka Sisters Sokolski) call everyone to radical self – improvement in the name of collective art and social happiness. Trough humour and heightened emotion typical of PKF performances, the audience realises that the utopian vision may have been lost forever – or has it?

Since 2007, the work of PK Fiskulturnik has been showcased at many festivals, events and residencies across the UK & Europe, including Museum of Yugoslav History, Belgrade (2011), Late at Tate Britain (2010) and Create 09 – Adventures in Movement (2009).