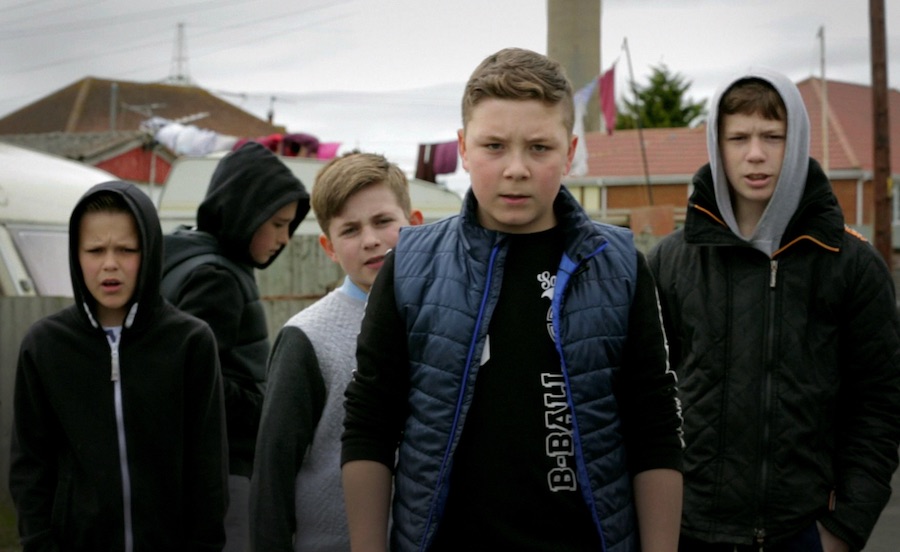 Mikhail Karikis’ practice emerges from his long-standing investigation of the voice as a material and a socio-political agent. He collaborates with communities connected to places of production to generate site-specific performances to camera which explore the role sound plays in creating a sense of collectivity, highlighting alternative modes of human existence, work and action.

Ain’t Got No Fear

The Saints of Whitstable