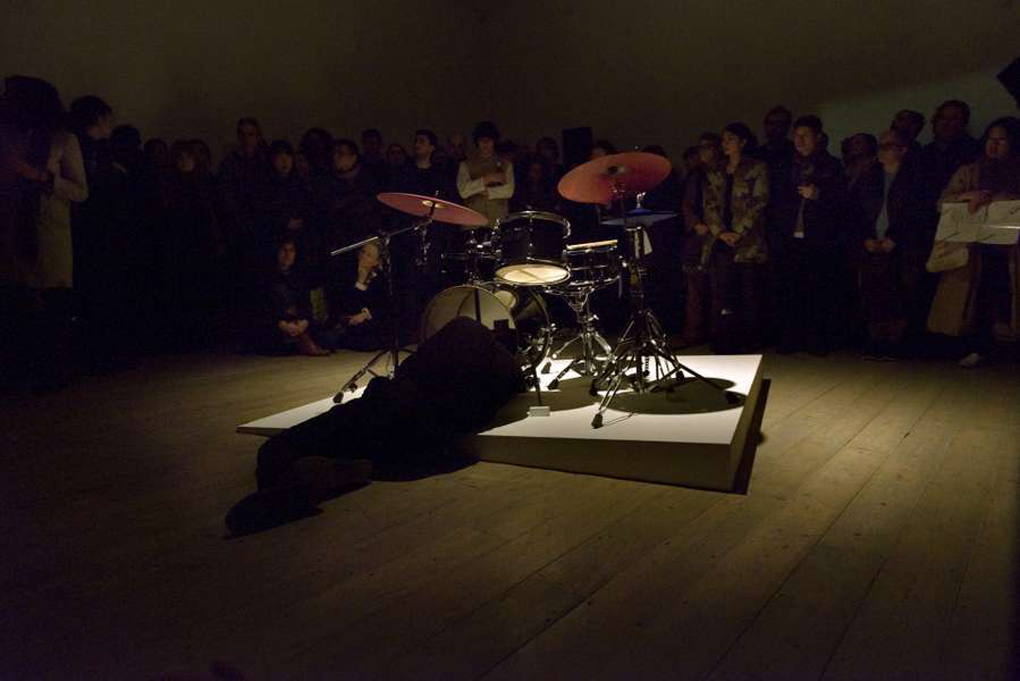 The Creaking Breeze trio is drummer Paul Abbott, cellist Ute Kanngiesser and alto-saxophonist Seymour Wright. They have been collaborating for a decade on various shared and overlapping projects, learning from, and sharing ideas with, each other. Their collaboration extends beyond what might ordinarily be considered music into the past, present and future.

Paul Abbott is an artist and musician based in London, working through questions and feelings connecting music and language: using real and imaginary drums, synthetic sounds, performance and writing.

His current collaborations include XT & lll? with Seymour Wright and Daichi Yoshikawa, Falls with Keira Greene, ULAPAARC with Cara Tolmie and an ongoing project with Will Holder. A series of solo performances in Cafe OTO’s project space are documented here. Recent releases include solo’s Sphuzo, qno, & Vagus and Pah’ (XT), and vjerhanxsk (lll?). He is one of the co-editor’s of Cesura//Acceso and was one of the Sound and Music “Embedded” resident artists at Cafe Oto 2015-2016.

Ute Kanngiesser is a German, London based cellist:

“For over 10 years, I have only played unscripted/improvised music. I have experimented with the sound of the cello, limiting myself to the alive material at hand: vast and complicated layers within the instrument and myself; and to let this music evolve continuously in relationship with others. It relates to the process of uncovering an endless multiplicity of coexisting sense perspectives. And it deals with the energy that this gives rise to. For me, it is the most exciting place to play music from.”

Seymour Wright lives in London. His practice is about the saxophone – music, history and technique ­– actual and potential; an on-going, rigorous and exhaustive exploration of the instrument. The energy of this learning is applied to various collaborations and contexts to access/share what he has called the ‘awkward wealth of investigation’. His work is documented on three widely acclaimed self-released collections Seymour Wright of Derby (2008), Seymour Writes Back (2015) and Is This Right? (2017).

As well as XT, his current collaborations include lll? (with Daichi Yoshikawa and Paul Abbott), abaria (with Ute Kanngiesser), [Ahmed] (with Antonin Gerbal, Joel Grip and Pat Thomas), GUO (with Daniel Blumberg), S.T.E.P.S. (with Evie Ward), an on-going ‘quartet’ collaboration with Paul Abbott, Cara Tolmie and Will Holder, and, a trans-atlantic collaboration with Anne Guthrie.
seymourwright.com