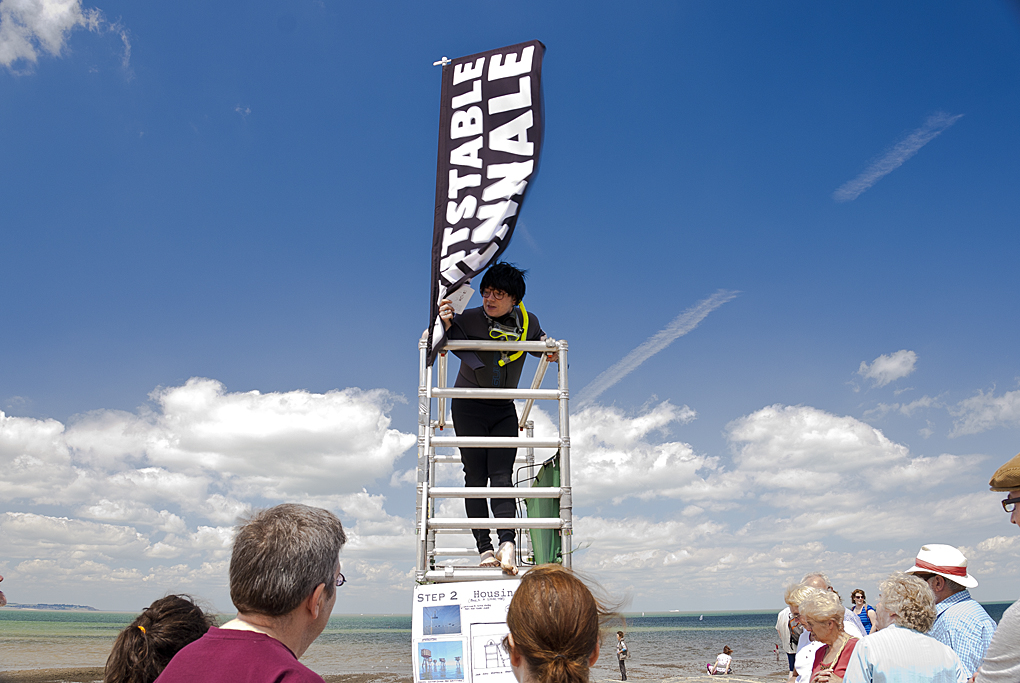 Charlie Tweed, The Man From Above, 2008. Image: Simon Steven

Charlie Tweed is a media artist and practice based researcher who lectures in digital media practice and culture. His performative, digital and video based works have interrogated the human desire to control the natural world using various forms of technology and systems of management.

Past projects have been informed by detailed research into the development of machines as forms of human prosthetic and their relation with various theories of control from disciplinary control to informatics and the societies of control. His works utilise methods of fictional writing, appropriation, re-mixing and re-contextualisation to construct detailed proposals and parallel fictions which are often site specific and identify new relations between technology and ecology and new visions of human and non-human agency.

His current research focuses on the materialities and infrastructures of media technologies and their relation with the ecological. He is currently working on a large scale project titled ‘The Signal and the Rock‘ which traces the complex production networks and ‘hyperobjects’ of digital devices. It exposes the material origins of the black boxed device and looks at defining a new set of relations between the human, the earth’s crust and its raw materials.

The man from above